I couldn't believe it! I put this very tired little guy down for his nap (at Grandma & Grandpa's house) and within a few minutes I heard knocking on the bedroom door. NOOOO!!!

He was so proud of himself!

An hour later I tried again; hoping and praying it was a fluke. Hoping and praying he would be so tired that he wouldn't want to try again. But knowing all too well that it was only the beginning of him mastering the skill of escape.

I left the door open just a crack so I could spy on him. He rested for a few moments. Then stood up, threw his binky on the floor and proceeded to scale his prison walls. There's no stopping him now!

It's a good thing he's so darn cute! 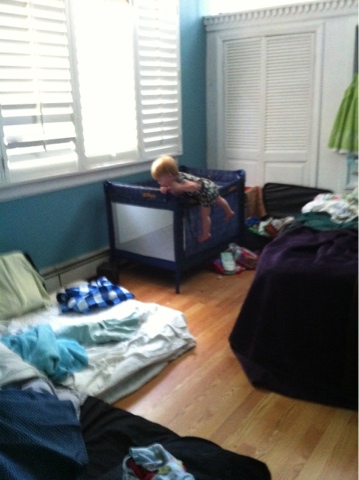 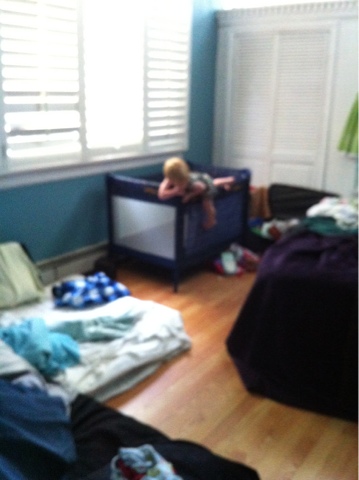 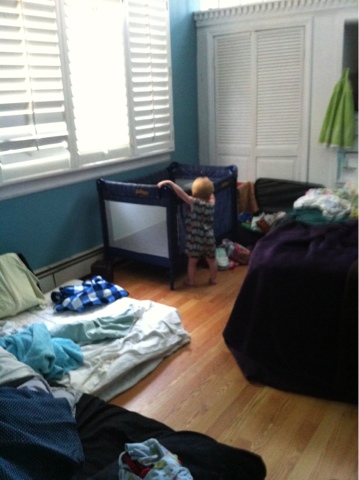 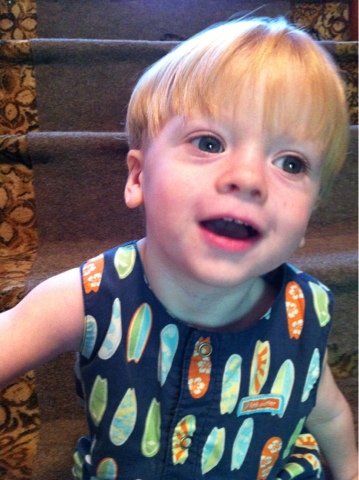