A freak tornado just hit us in central Connecticut. The power box was ripped from the Carini's home. A few large branches fell on our car. But, fortunately, we are doing just fine. A bit awestruck to say the least.

And Simon just enjoys all the puddles. 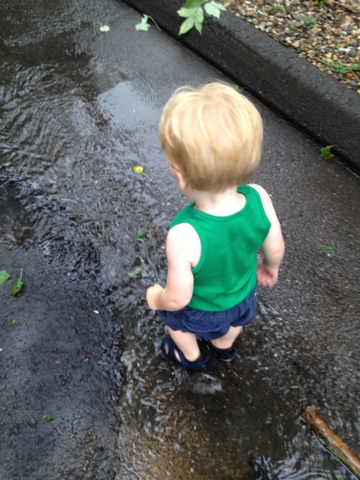 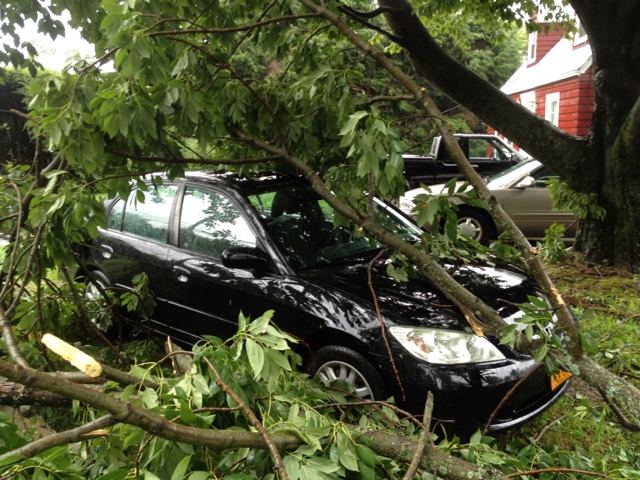 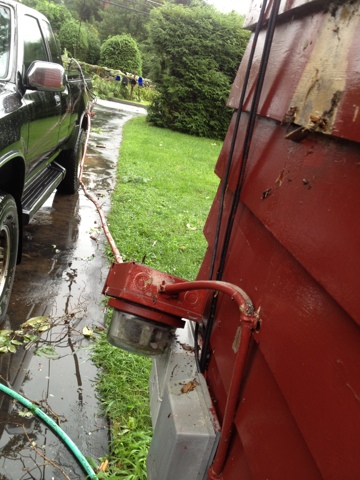 Email ThisBlogThis!Share to TwitterShare to FacebookShare to Pinterest
Labels: Connecticut

I general I try to post the things I want to remember. Mostly the good stuff, with a dash of reality. Like my little unplanned series: Why I don't... Which are fun snapshots of the messes my kids make while I'm attempting to be productive. (Besides, I'm not about to pull out the camera while my kids are screaming or fighting in an effort to capture the "real" moments.)

BUT, while we were at Gillette Castle the other day Isabella wanted to take a photo of the boys and me. And this is what she captured: me, stopping Simon from biting Oliver, while Oliver picks his nose. When I saw it I couldn't stop laughing. A perfect snapshot of "real life". It's not pretty or glamourous, but it is us...now, in this phase of life. And even with the bad and the ugly, us + now, is amazing and awesome. 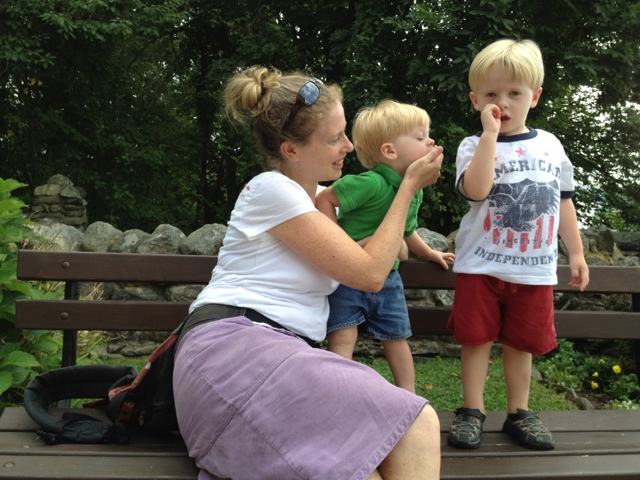 Last Saturday was the first of three Saturdays when Summer Streets will run. During Summer Streets the city blocks off traffic (7am-1pm) on Park Ave from E 72nd St all the way down to the Brooklyn Bridge (7 miles) for pedestrians, bikers, skaters, etc to enjoy. There are lots of fun activities along the way. 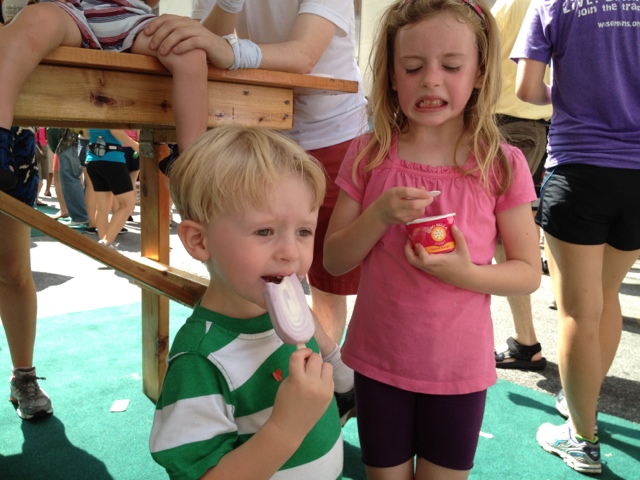 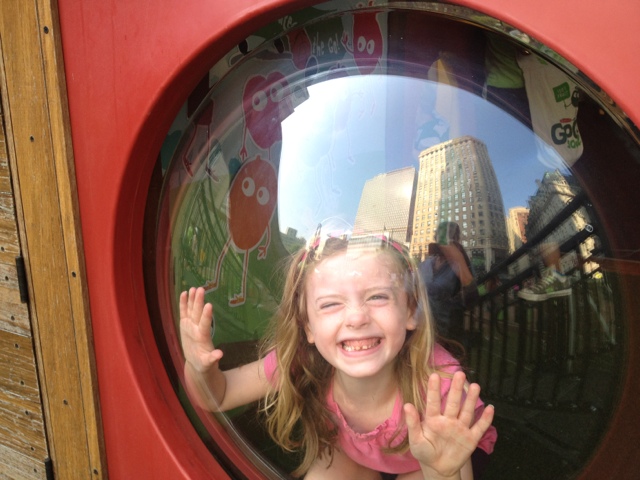 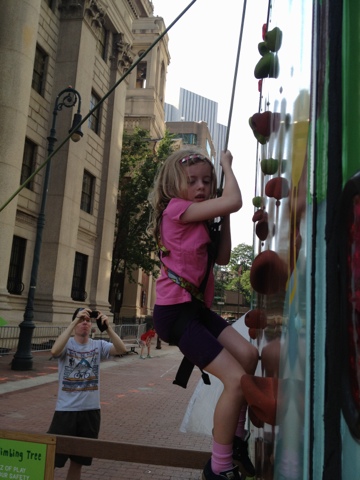 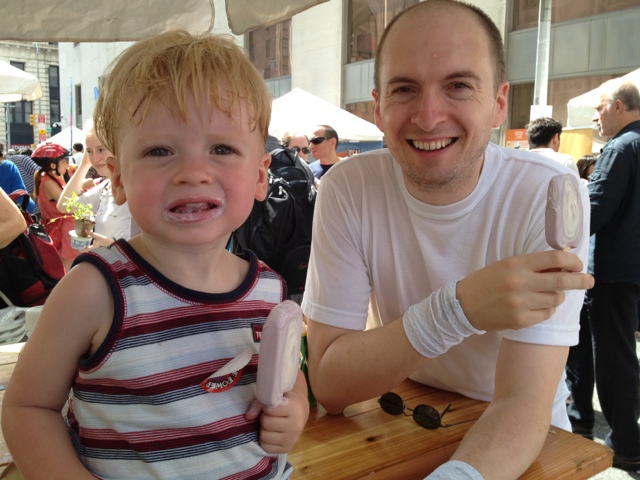 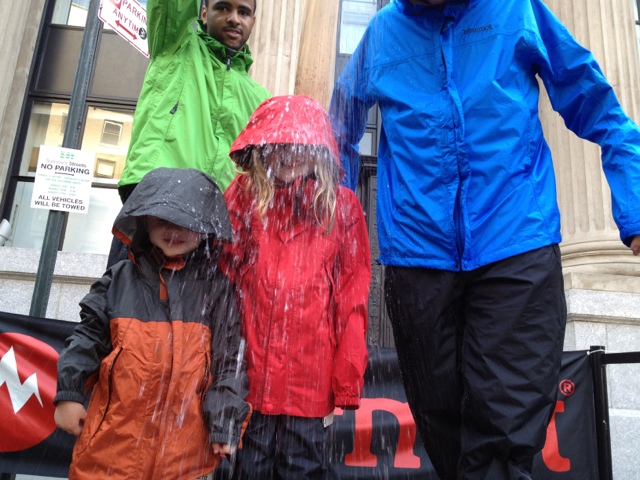 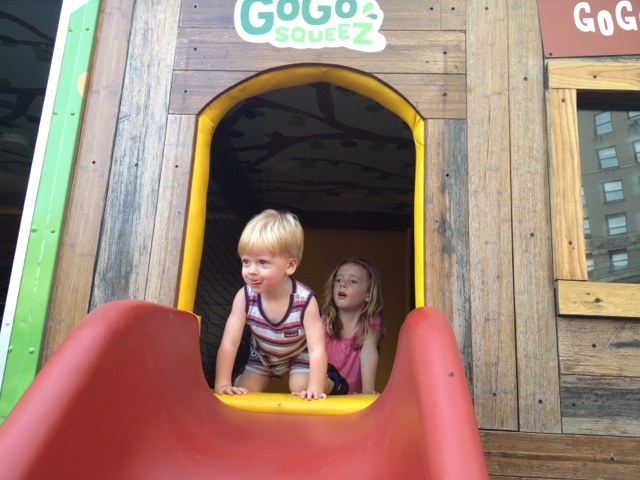 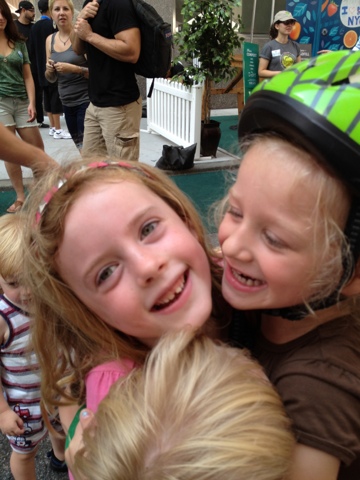 Earlier this week we were having one of those mornings where nothing seemed to be going right. Everyone was cranky, no one was willing to sit in their chairs and eat breakfast, I spilled a big bowl of cereal all over myself...you get the picture.

I was trying to decide what I could do with the kids. Sometimes it's a fine balance between getting the kids out, running around and knowing how much I can handle without completely exhausting/stressing myself. For some reason I thought Gillette Castle (a state owned park that was once the home of William Gillette, a famous theater actor) was a good idea.

On the half hour drive there I second guessed myself a few times as the kids screamed, threw toys, had timeouts on the side of the road...you get the picture. What was I thinking?!?!

But, amazingly, as soon as we arrived everything changed. We toured the home, and Oliver held my hand the whole time (crazy!), Simon was willing to ride in the ergo on my back the whole time (double crazy!), and Isabella was interested and intrigued by the unique home and behaved the whole time (triple crazy?!). Granted we did a somewhat speedy self tour of the home, but I was really impressed with the kids.

After touring the home we went on a hike (around Gillette Castle) and found ourselves at a little beach on the Connecticut River. At one point sweet Oliver tripped and fell and skinned his knees a little. I decide it would be best to turn back and head to the car. But Oliver, my little boy who doesn't like to walk, especially once he's hurt, insisted that we keep going. I was certain I would regret my decision to continue. I was certain I would be carrying Oliver in my arms (with Simon on my back) within minutes. I was wrong. My little Oliver walked the whole way, and never even asked to be carried, with skinned knees, down a long steep hill and back up again. It was, in my motherly mind, a miracle.

We had a great time and I'm so glad we went on that adventure! 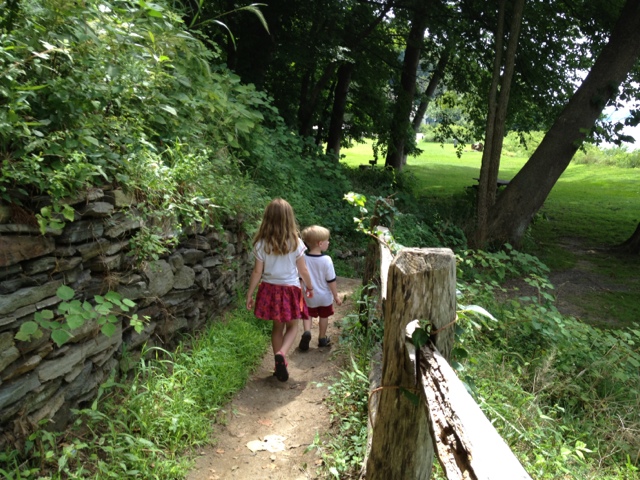 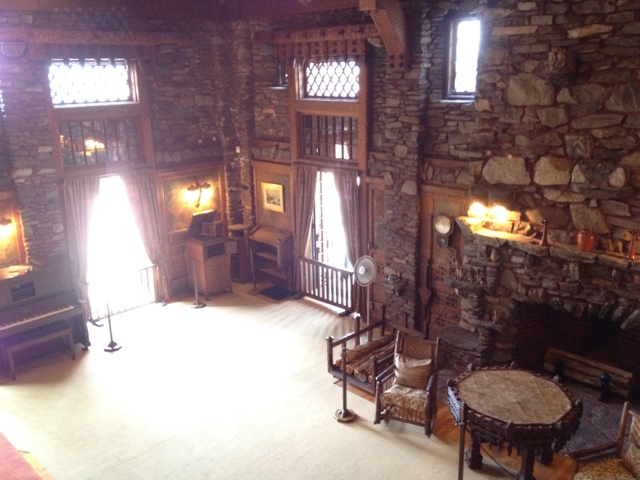 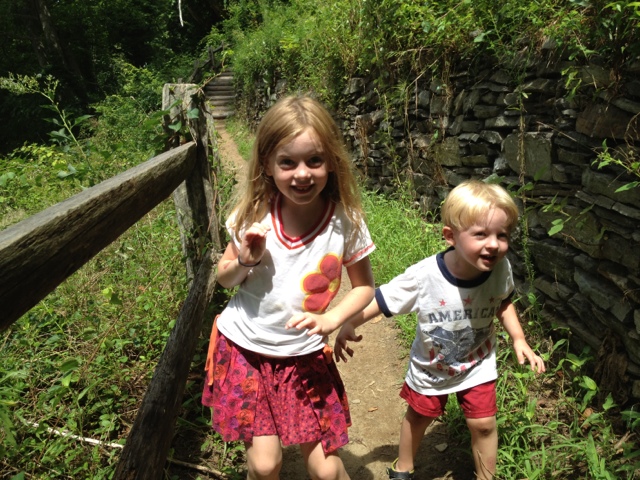 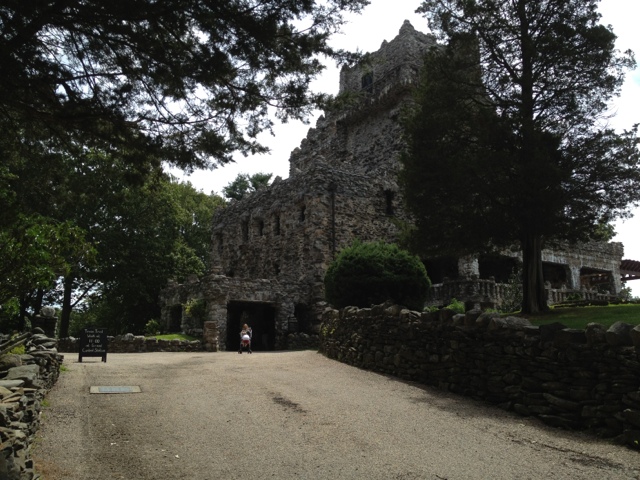 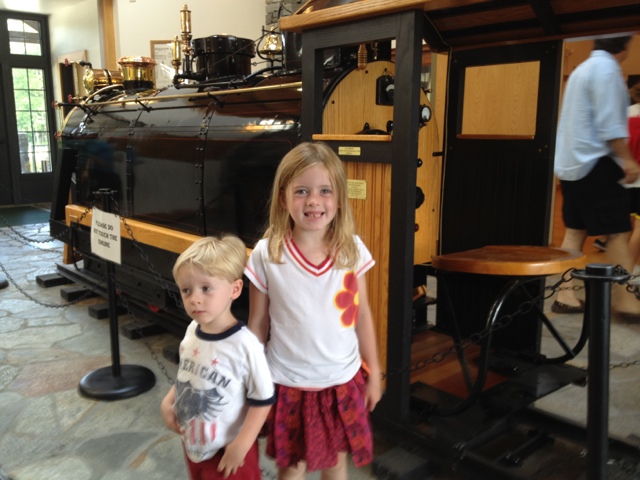 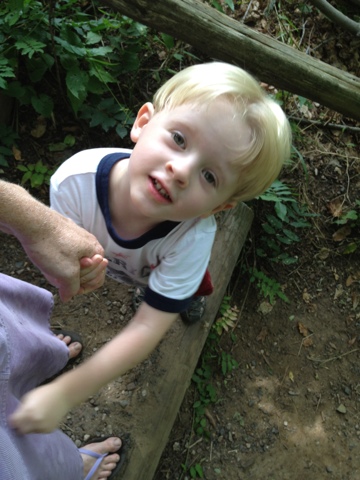 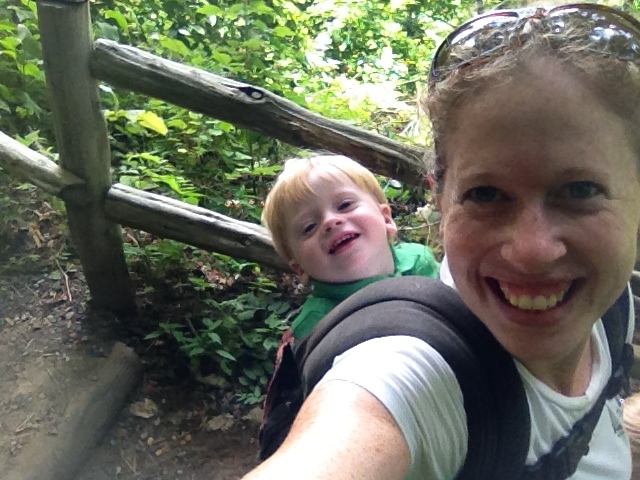 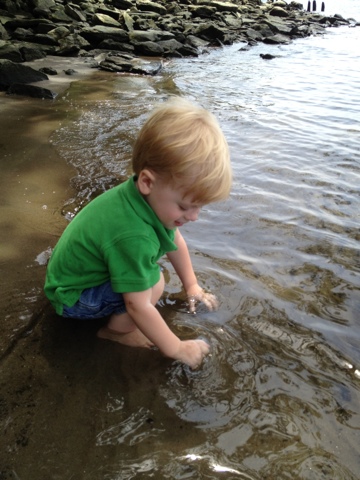 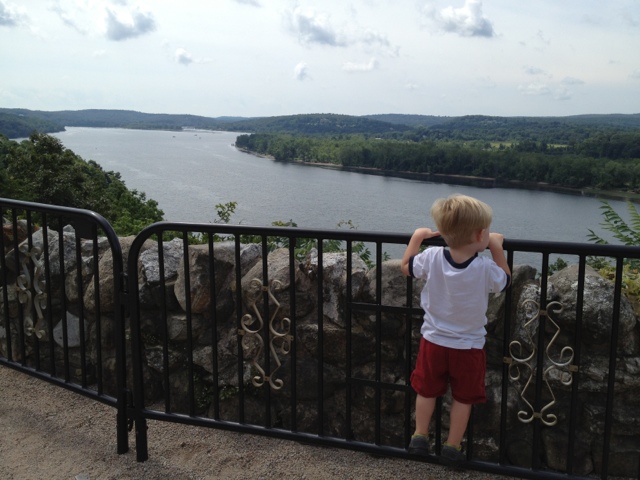 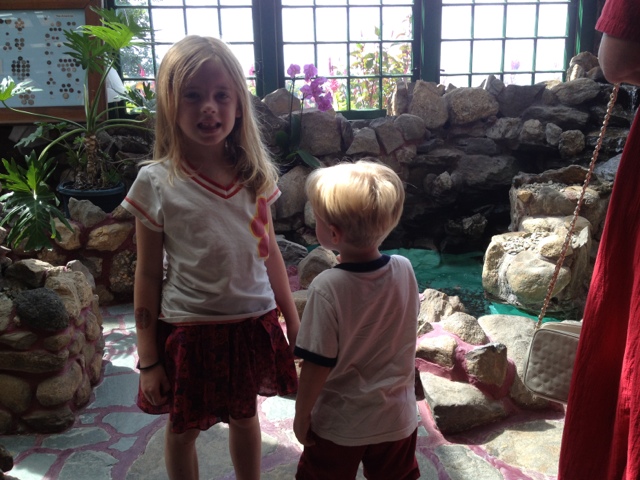