The week before school started if you would have asked Isabella how she felt about going to school she would enthusiastically reply, "Excited!"  But her actions were telling me that there was a whole lot more going on inside her.  I began seeing a pattern: big, anticipated changes = certain behaviors (same behaviors happened right before both her brothers were born).  I tried to talk with her about how it is okay to be nervous or scared.  She began asking (a few times every day), "What will school be like?"

She is so brave!  I'm so very proud of her for doing something that made her feel uneasy.  And that she trusts us enough to be willing to do follow our guidance.  When it was time to separate she sat on the brightly colored carpet, her body tense, and her eyes looking everywhere except at us. 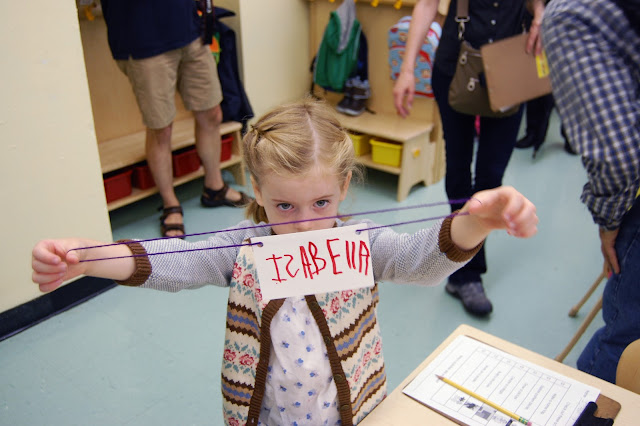 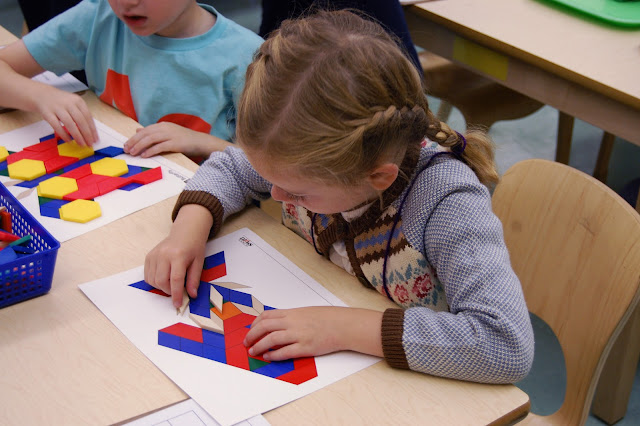 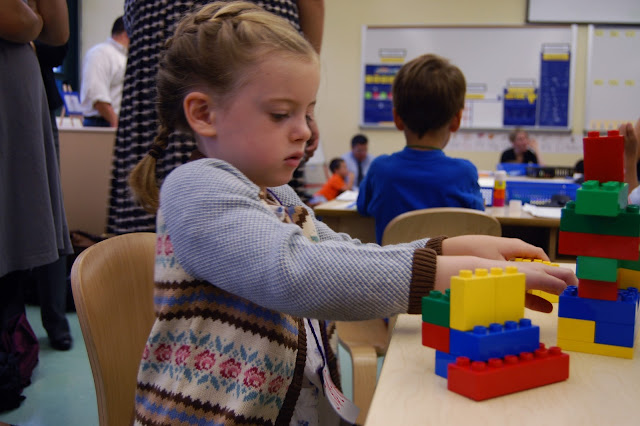 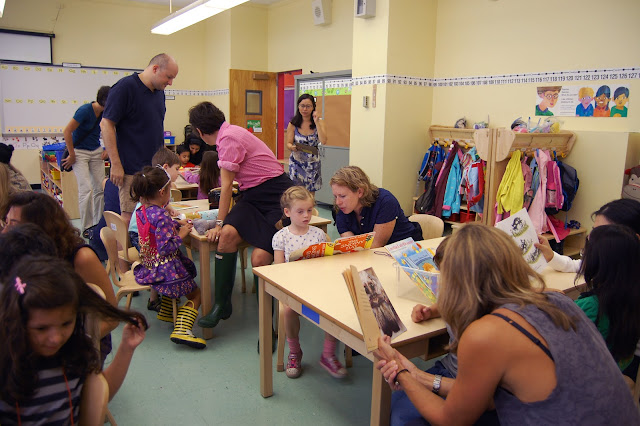 Monday was the first full day (8:30am-3:10pm).  I dropped her off in a chaotic stairwell.  Mr. Parker guided the kids into the school hallway and the parents back down the stairs.  I exited the building and chatted with friends before heading home.  I was surprisingly fine with it all.  Even once I was at home, as I busied myself with the day's tasks.
Well, until Oliver, with toy in hand, began yelling, "La-la!  La-la!" and searched every corner of our tiny apartment for her to play with.  Then I lost it.
And when I talked to Brian on the phone.  The flood gates opened again.
And when I nursed Simon.  And laughed with Oliver.  And made lunch for just Oliver and me.  I was fine other than that.
Monday evening as we were getting ready for the next day of school Isabella said, "I have to go again tomorrow?!  How many more times do I have to go?"  (I just about lost it then too, but I held back those tears.)
As hard as it is to have her go, I am grateful for the chance to breathe.  I feel like I can finally exhale and take in more of life around me.  It is a bit more calm here.
Also, the most adorable thing: how excited Isabella is to see her brothers when we pick her up.  That girl!  She touches my heart with all her love and goodness.
Posted by Kiasa at 7:25 AM 3 comments: