We did it!  Simon lived to be two years old!  With all his crazy shenanigans I wasn't quite sure if he would make it this far.  Without even a broken bone...yet.

He is the most expressive, hilarious two year old.  His lips are often quite pouty (so adorable).  His brow furrowed, belly pushed out, and mumbling his displeasure about whatever his issue is.  For a while, he would pout by slumping his shoulders and quietly resting his forehead on the wall, or my leg. 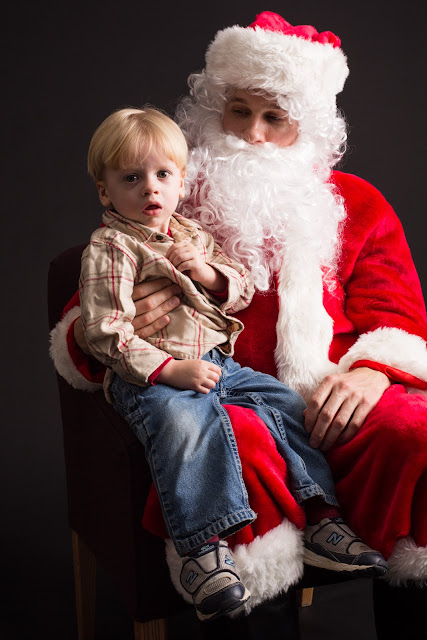 He loves music.  All my kids have enjoyed music, but there is something in him that craves it.  He is always dancing or bouncing to a beat.  He loves to sing.  If I try and join in he holds up his hand firmly, gets his pouty lips and furrowed brow in place and demands, "dop!" (stop).  And then he continues.  I recently caught him lip-syncing.  It was hilarious.  As the music was playing his large mouth was moving, as if he was singing, but no noise was coming out.  I laughed until I cried.

He is a major mimicker.  If a siren goes by he mimicks the sound almost exactly.  If Oliver says, "Nooo!"  Simon will repeat, the volume and intonation perfectly.  Toilet flushing, check.  Striking a match, yes.  You name it he's probably mimicked that sound.  My recent favorite, "I wa youuuu." (I love you.)

Simon loves (and demands) to be included in everything Isabella and Oliver are doing.  He is no longer a passive younger brother watching the big kids have fun.  No, he's there in the thick of it.  Cooking with all 3 kids has become a 3-ring circus.  Seriously.  Most of the time I embrace it and enjoy it.

He is strong.  Although he doesn't climb as much as he use to (or maybe it's just not as alarming now that he's bigger), he is still quite strong.  He will lift and carry a chair across the room.  Or a large, heavy pot.  Or the blender.  Or opening tightly closed containers; like nail polish.

When he runs he swings his arms faster than his legs (he use to just swing his right arm really fast, pretty cute), and he sometimes gets some extra hip action going.  I smile every time.

His smile is huge.  (He has the biggest mouth!)  His laughter is contagious.  You look at him funny and he will laugh hysterically.  He loves to pretend he's asleep and thinks he's the funniest thing...and we agree.  Isabella loves playing along when he's being so silly, which only encourages his hilarious behaviors.

He is a bit of a jealous type.  He doesn't like me to hold/cuddle Isabella or Oliver, especially in the morning (when most sweet mama cuddles occur).  He gets angry, screams, and throws books when I read books to Isabella and Oliver.  (Bed time can be a bit dramatic around these parts lately.) 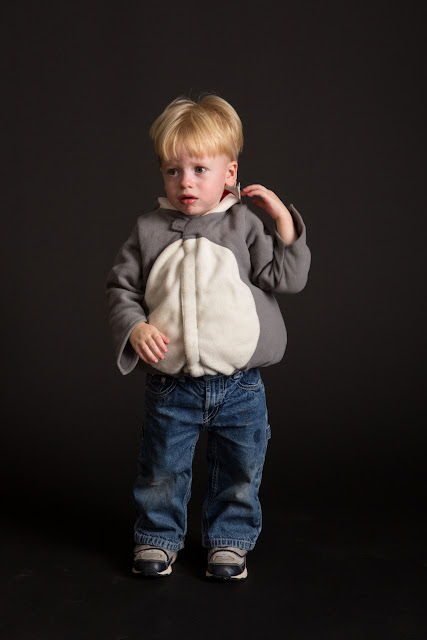 Recently he's been willing to sit on my lap while we look (and attempt) to read a book together; just the two of us.  But he turns the pages and we mostly identify items in the pictures.  Sometimes if I try and read a book he insists, "dop!" (stop) and we go back to reading on his terms...spoiled baby!  In the last month I've "caught" him sitting and looking at books on his own...a first for this busy, busy boy.

When he gets angry (which happens often) he can be persuaded out of his funk by tossing him into the air or aggressively kissing his neck.  Either one makes him laugh uncontrollably and then he's ready to move on.

If he is screaming or angry (and just won't stop) I tell him he needs to leave.  He willingly and independently goes into the bathroom, closes the door and will return happy after a few minutes.  I love that he's learning to cool down on his own at this point.

He is a pretty good eater.  He definitely eats better than his older brother and sister.  He is willing to try just about everything and enjoys things like lentil soup, oatmeal and healthy green stuff that his siblings gag at.

Since Oliver was just recently potty trained Simon decided to hop on the bathroom bandwagon.  He often uses the potty and we've had some hit-and-miss success with it.  Fortunately he no longer stands at the bathroom door and pees into the living room.  (It's a circus I tell ya!)

When we had a little family birthday celebration for Simon on Saturday we each took turns saying what we love about Simon.  This was the first time we've done this and it is a tradition I hope to continue.  Both Isabella and Oliver were so sweet in showing their love for their little brother.  And Simon loved it.  He totally got what was going on.  After we each said our bit Simon would do/"say" something completely goofy and made us all laugh.  Good times with this sweet boy of mine.

Here are some of Simon's words:

And there is a whole lot more that he communicates with sounds and gestures.

Simon is a very clever boy.  Super smart, super happy, and very clever!  He brings so much joy and laughter to our home and family.

**Hopefully I can upload more photos of our sweet Simon.  All our photos are currently on Brian's work laptop...Simon has a wonderful smile.