Christmas was lovely.  Simple, pure loveliness.  The Carini's came down for a few days from Connecticut (they stayed in a hotel, cause there is no room in our "inn") and we celebrated the holiday with them.  It was surprisingly simple, fun, and dare I say, calm.  Just the way Christmas should be. 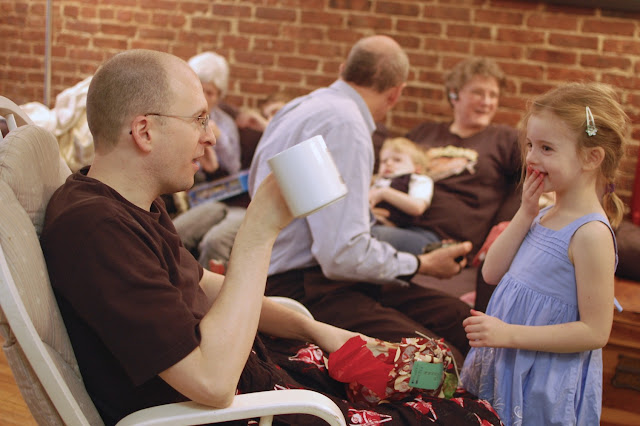 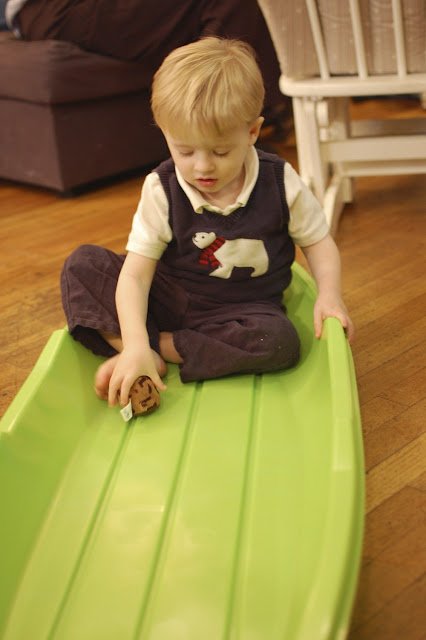 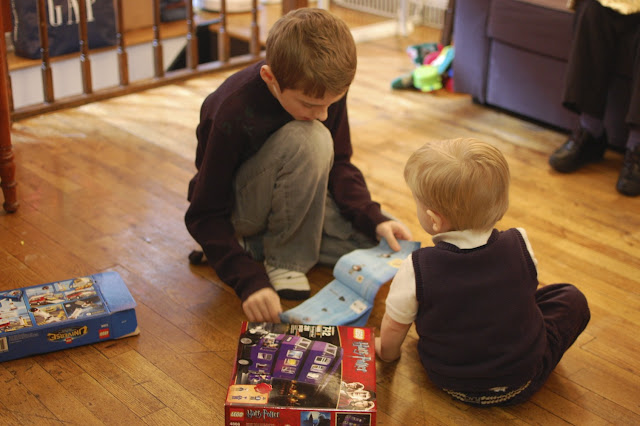 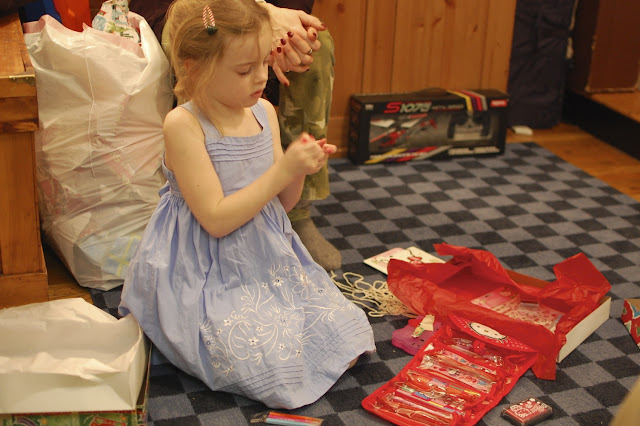 A highlight was walking to and from church on Sunday.  Spencer played Christmas carols on his accordion the whole way.  It was beyond awesome! 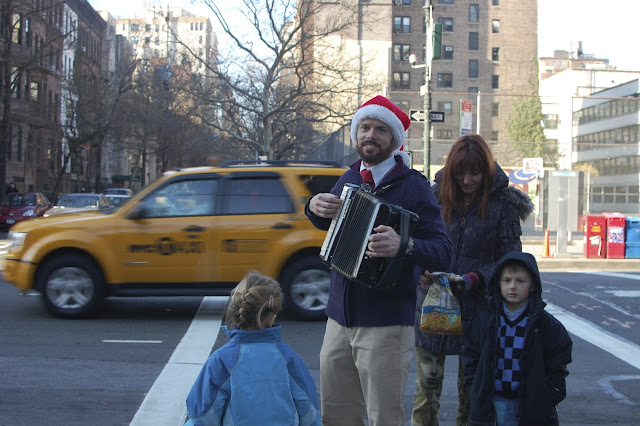 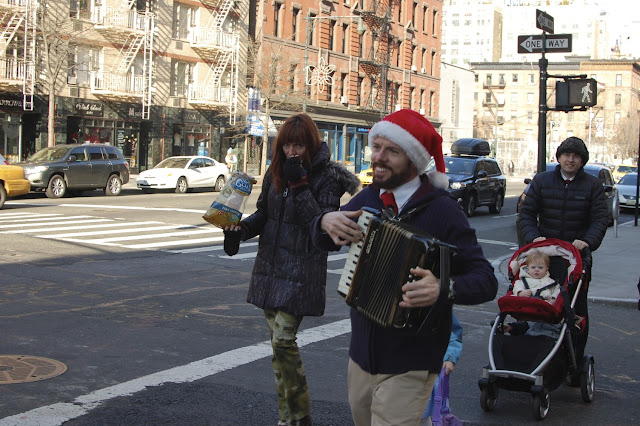 Ice skating was part of our Christmas activity advent, but it didn't happen until after Christmas.  On December 31st we were up early, the weather was nice and we decided to head to Bryant Park to try a bit of ice skating.  We got there by 9am and there wasn't a line at all.   We tried to go the Monday before (at 11am), but the line wrapped around the block.  So, no line = awesome. 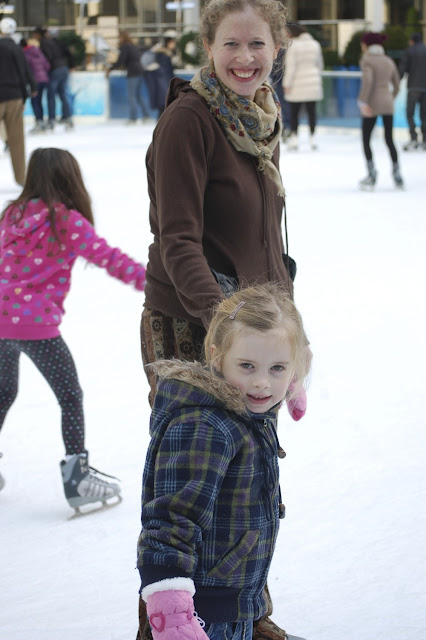 Isabella loved it!  I was so happy for her.  She was so nervous and shaky most of the time but by the end she insisted on doing it all alone (I had to get off the ice even :0)).  She is a very determined little girl.  It was hard to get a photo of her smiling because she was concentrating so hard the whole time.

When last Saturday turned out to be a gorgeous day again we decided to go again.  Spencer was visiting, so we had to show him how wonderful it was. 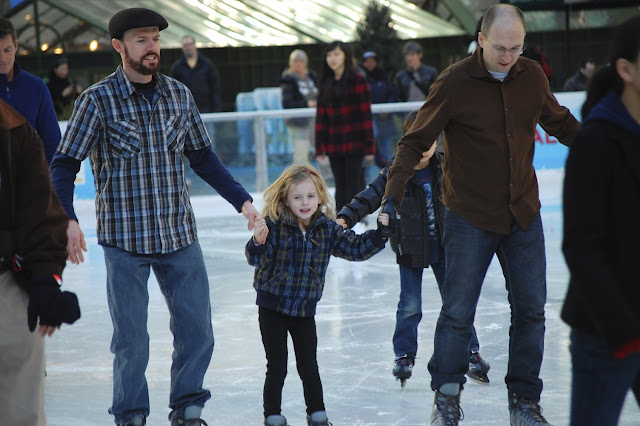 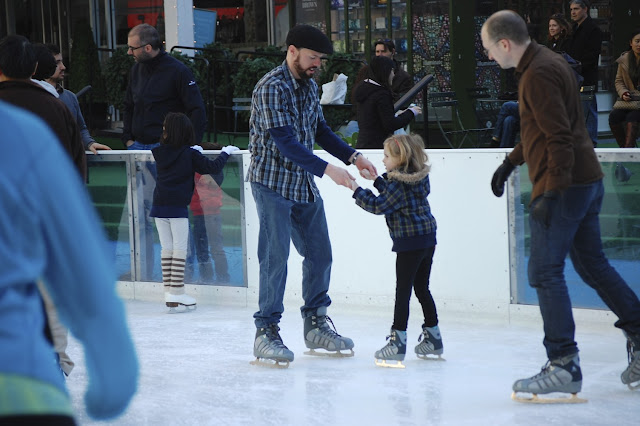 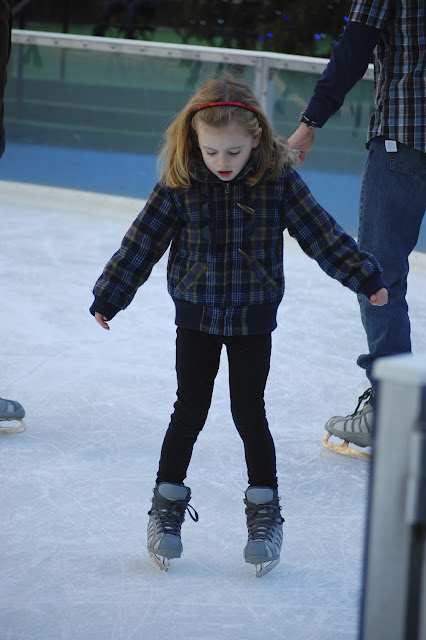 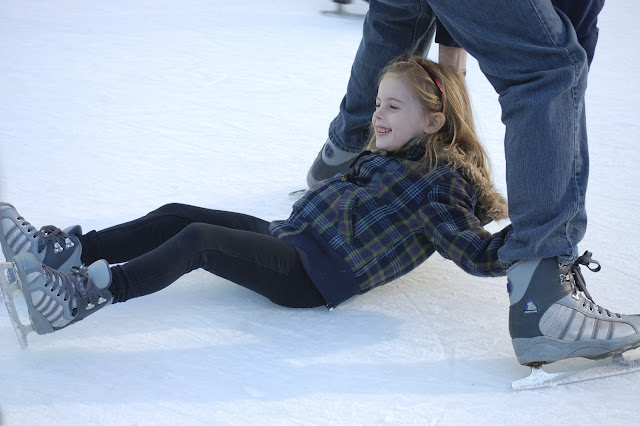 We had a great time again!  Isabella got a hole in her pants and after that she had a hard time skating.  She was really worried about that hole.  So we put her skates on Oliver and the guys took him for a run.  He loved it so much he kept asking "1 more?!" with his finger.  I think he went around the rink about 10 times.

And, if you were wondering what Simon and Oliver did while Brian, Spencer, and Isabella skated for a few hours:
We choose to go to Bryant Park instead of Wollman Rink (which is closer to us) because the rink at Bryant Park opens at 8am and they only charge $14 to rent ice skates.  Wollman rink doesn't open until 10am and the rates are significantly higher (adults cost $23?!  $5 just to watch?!).  Next year we plan to buy the kids their own skates (used, of course) at the beginning of the season and head to Bryant park as many beautiful mornings as we can.  This is a tradition we hope will continue.
Posted by Kiasa at 2:46 PM No comments: