Going the Distance: Brooklyn Half Marathon

I started this post weeks ago and haven't gotten around to finishing it.  I'm going to just post it as-is! I find this can be therapeutic for my perfectionist tendencies.

I LOVE the Brooklyn Half Marathon!!!  (If Isabella heard that she'd say I'd have to kiss it and then marry it...oh, five year olds!)  A year and a half ago I would have never-ever thought I would have run 3 half marathons by now...maybe one...but three?!?!  That's just plain crazy.

Last year a friend asked if I wanted to buy her Brooklyn Half Marathon spot because she had just found out she was pregnant and didn't want to run 13.1 miles at that point.  I was excited to sign up for such a big race, but I didn't prepare well enough.  Simon was only 5 months old and I was still struggling with juggling 3 kids (okay, I'm still struggling now, but it is much easier :0)), so finding the time and energy to train for a half marathon just didn't happen.  I had only ever run as far as 9 miles and that was a while before I had Simon.  Needless to say the Brooklyn Half, last year, kicked-my-butt!  My calves felt like stones by mile 9 and the cramping was as painful as contractions.  I was still proud of myself for doing it.  But this year I was determined to be prepared.

I was only planning on doing the Fitness Women's Half Marathon this year, but Erica asked me to do the Brooklyn Half with her and I just couldn't say no.  And I'm so glad I did it.  As much as I love Central Park, it gets a bit dull once you've run the same loop a gazillion times.  And, that's what the Women's Half was: two times around Central Park.

But the Brooklyn Half...it felt quite a bit more exciting.  They changed the course up (just a little bit) since last year.  And they almost tripled the number of runners, so it was crazy packed full of people.  And it felt much more organized compared to last year.  A run through Prospect Park and then straight on to Coney Island.

Brian surprised me by coming to Coney Island with the kids.  It's a long subway ride from the UWS (about an hour...longer often on weekends, when train schedules are sporadic).  It was so fun to run in the water with the kids for a little while.  On the way home we hopped off the train in Chinatown to search for some amazing noodles.  We found some.  Hidden deep--off of Bowery.  I wish I could remember the place, because I often crave that cheap, hand pulled, umami goodness.  (I should have taken a photo!)  Brian, I see another trip to Chinatown in our near future! 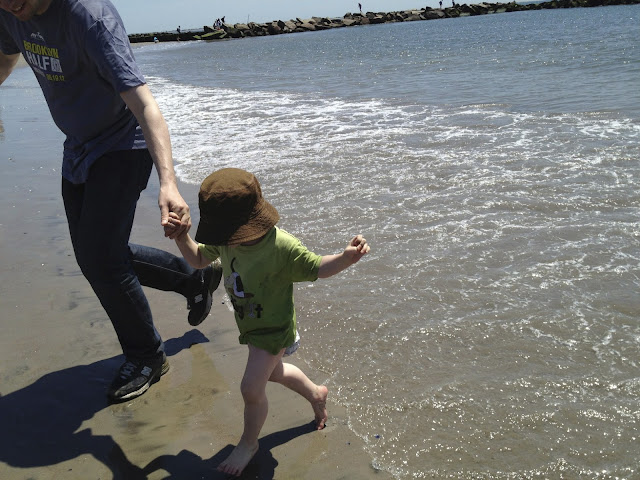 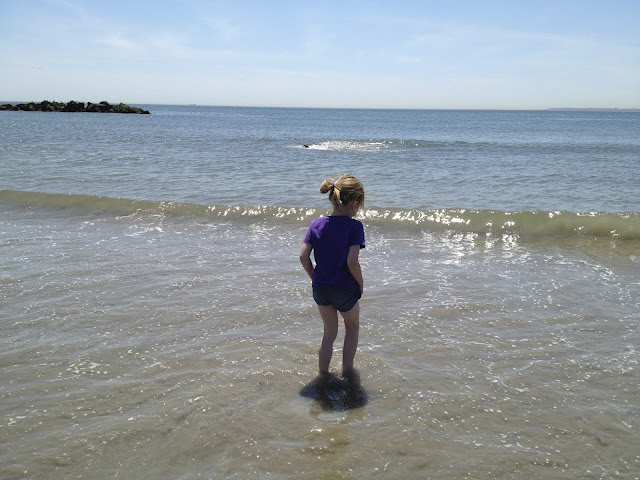 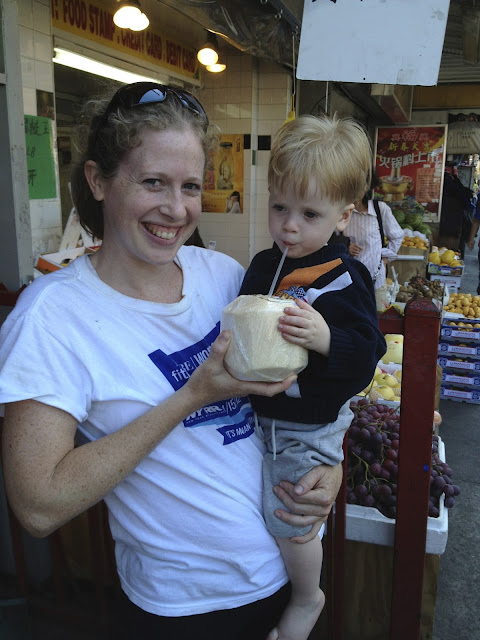 A week via my iphone