Walking in the City 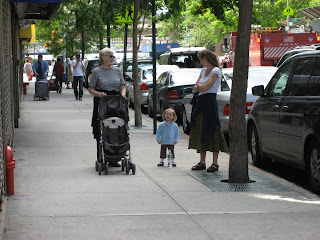 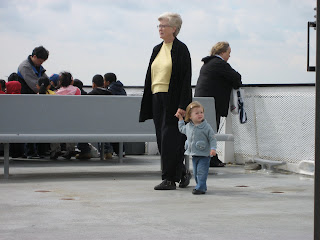 On the ferry to Ellis Island 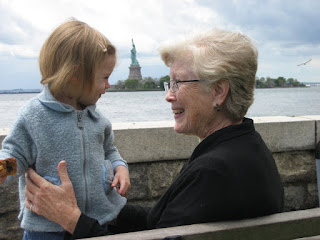 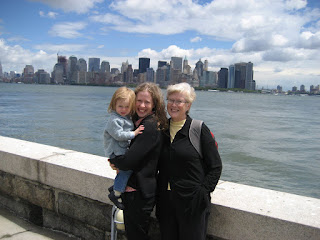 View of the city

My mom requested a trip to Ellis Island while she was here. It was my first time there and it was pretty cool. The lines were crazy and the school groups dizzying (we went early Thursday morning), but I learned a few new things. Like, most of the immigrants that came to Ellis Island were from Southern Europe, so the chances that my ancestors stopped there is pretty low. Northern Europeans mostly went through the Battery Park "checkpoint". (What do they call it?) It was great to hear so many of the stories of the immigrants; so sad, scary, amazing, and inspirational.
Posted by Kiasa at 7:56 AM No comments: 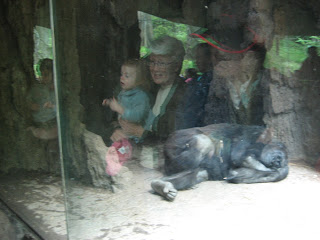 The Congo exhibit at the Bronx Zoo is the best, coolest, most amazing exhibit! If it wasn't for my sweet bundle of joy running everywhere I could just sit and watch the gorillas for hours, I'm sure.
Posted by Kiasa at 7:53 AM No comments:

Keep your eye on the peacock 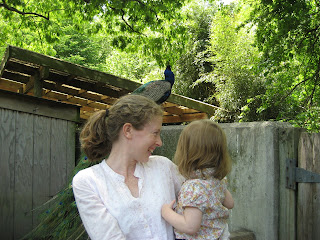 Isabella refused to face the camera for a photo of us near the peacock. She really didn't trust the bird. But who can trust something that is so showy and makes sounds like a crying baby.

There were tons of them all around the Bronx Zoo and every time they would make their call Isabella would make the signs for "baby" and "crying".

More photos of Isabella at the zoo will be posted soon on her blog.
Posted by Kiasa at 7:47 AM No comments: 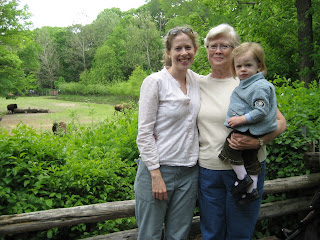 My mom lives out "in the country" in northern California and loves her open space. The last time she was here was right after I had Isabella (so we were mostly home bound), we lived in a 400 sq ft apartment, 4th floor walk-up, in Hell's Kitchen (very busy) and she (my mom) said she felt claustrophobic. I felt like she didn't like NYC, which was hard for me because I LOVE the city. So, this time around I vowed to show her some of my favorite city gems, and I think she began to love the city too. Well, at least I was completely worn out by the time she left. It was so much fun!

The above photo is us at the Bronx Zoo with the bison. Not buffalo, or even American buffalo. We had quite the debate about what the right name is for these really cool creatures.

The American bison (Bison bison) is a bovine mammal, also commonly known as the American buffalo. 'Buffalo' is something of a misnomer for this animal as it is only distantly related to either of the two "true buffaloes", the water buffalo and the African buffalo.

P.S. I really like the word misnomer. I could say it over and over again. Kinda like, oxymoron.
Posted by Kiasa at 7:35 AM No comments: 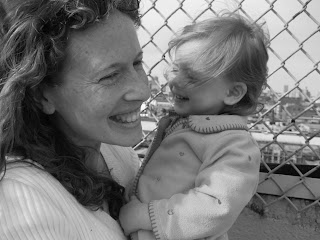 I know it has been, like, a month since Mother's Day, but it has been a very busy, busy month. Tons of birthday parties and then my mom came to visit for 10 days. Finally a chance to post.

On Mother's Day we were going to go visit the Carini's in CT but Brian was a little sick and didn't want to spread his germs to his family, so we stayed in the city. But since we had already told everyone we were going to be out of town, we didn't go to church (I know, the cat's outta the bag!) but went and toured Brooklyn all day. It ended up being quite chilly but we had a great time exploring new parts of our wonderful city. I really loved Fort Greene. It was a great feeling neighborhood. We caught dinner at a small Italian restaurant off the beaten path (in Carroll Gardens, I think). I loved their fennel salad (and I've never liked fennel) and their bruschetta was awesome.

The photo is actually taken on a subway platform while we waited a long time in the cold breeze for a train to come. It was a great day.
Posted by Kiasa at 7:22 AM No comments: