"With glowing hearts we see thee rise, The True North strong and free!"
For our finale in our grand adventuring we decided to take a trip up to Canada the end of August.  I had never been to Montreal or Quebec City and had heard great things about both.  Brian and I were both feeling rather fatigued with travel and were enjoying New York City and Connecticut that we almost didn't go.  But we both knew it would be great if we could get ourselves motivated, so we did!  And, of course, we are so glad we did it!
Previous to this trip I had only been to Vancouver, BC and Toronto, ON (and the Canadian side of Niagara Falls) so traveling through Quebec, seeing much older parts of Canada and a lot of countryside was very different.  Not to mention everything was in French.  By the time we had reach Quebec City we really felt like we were in a completely foreign land (unlike the Canadian cities near the U.S. border...which don't really feel foreign at all).
We had three destinations in Quebec, so I'm going to do 3 different posts.  First up, Montreal!

It rained during half of our time in Montreal, which is always a bit of a downer.  But it was still warm so we did our best to get out and enjoy the city. 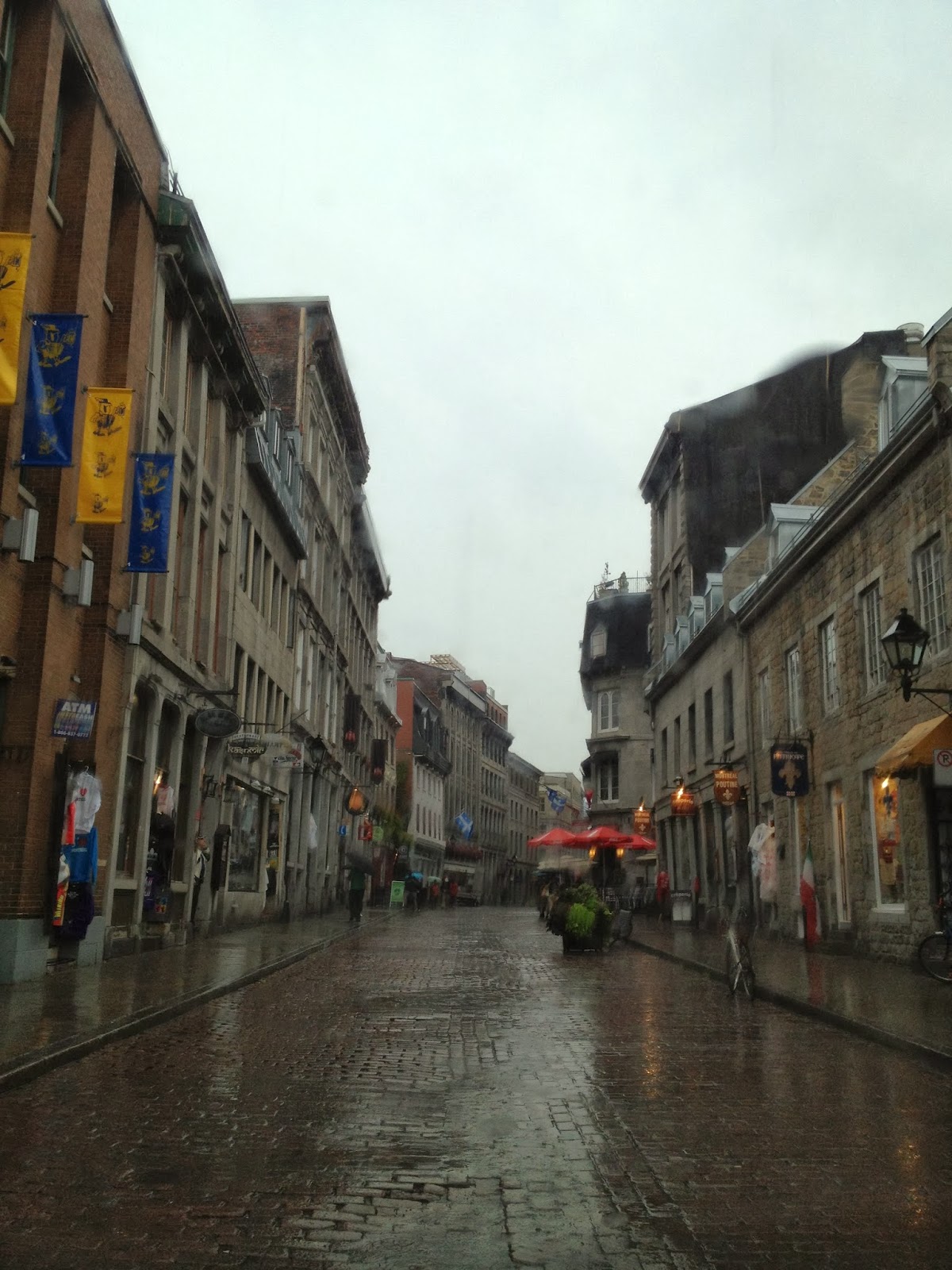 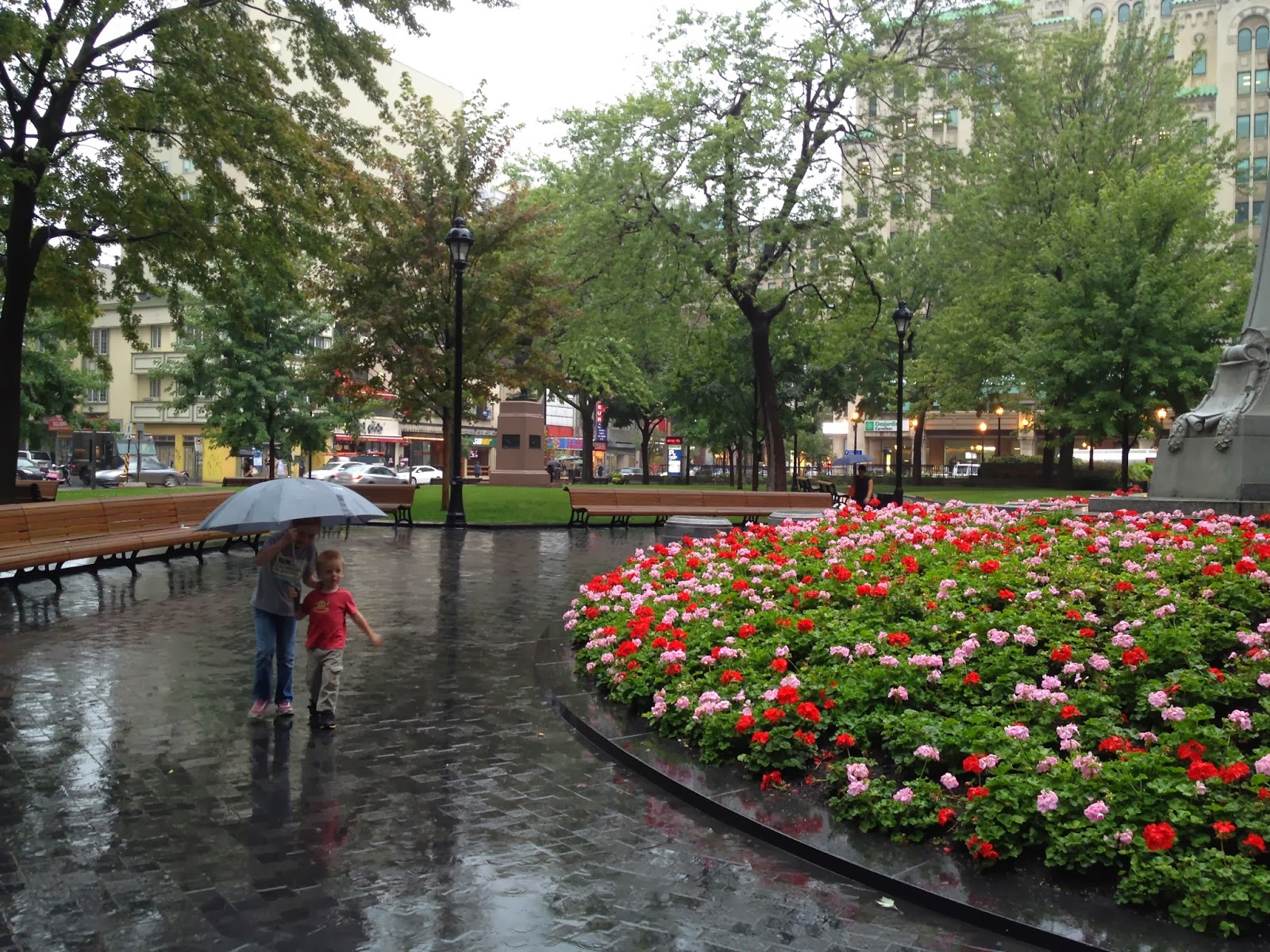 A favorite stop in Montreal was the Jean-Talon Market.  So much amazing, delicious, fresh food!  I dream of living near such a market someday. 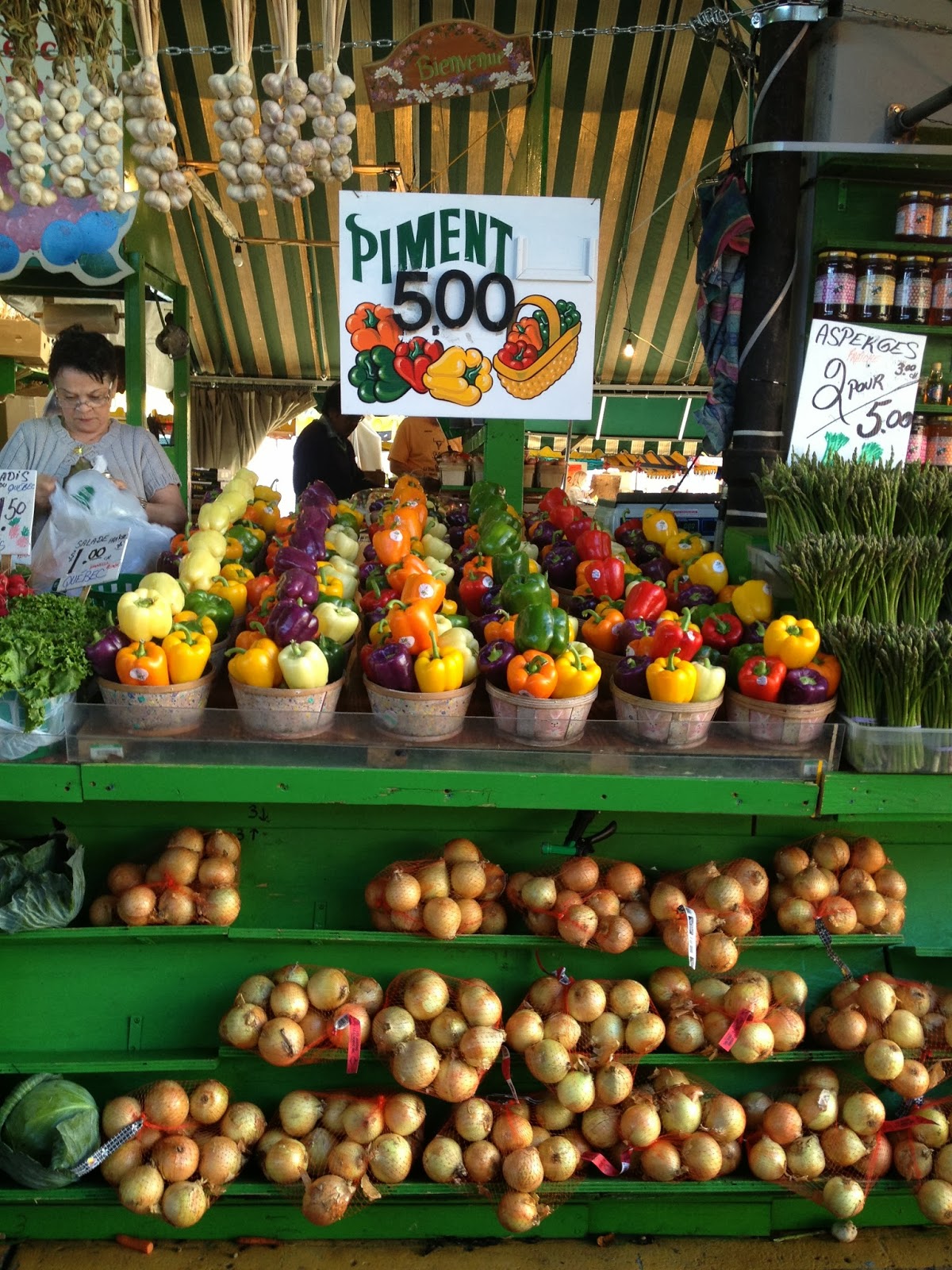 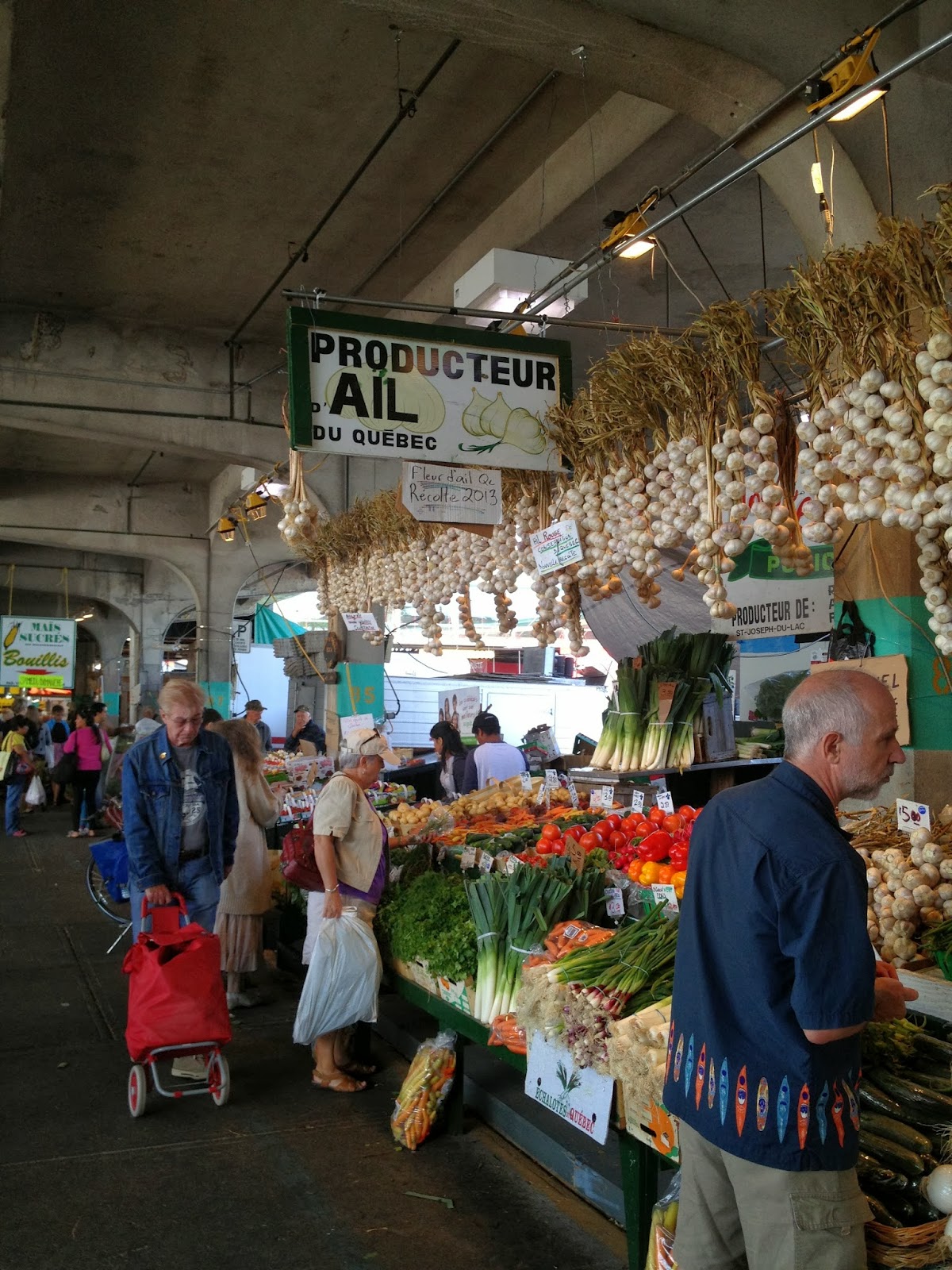 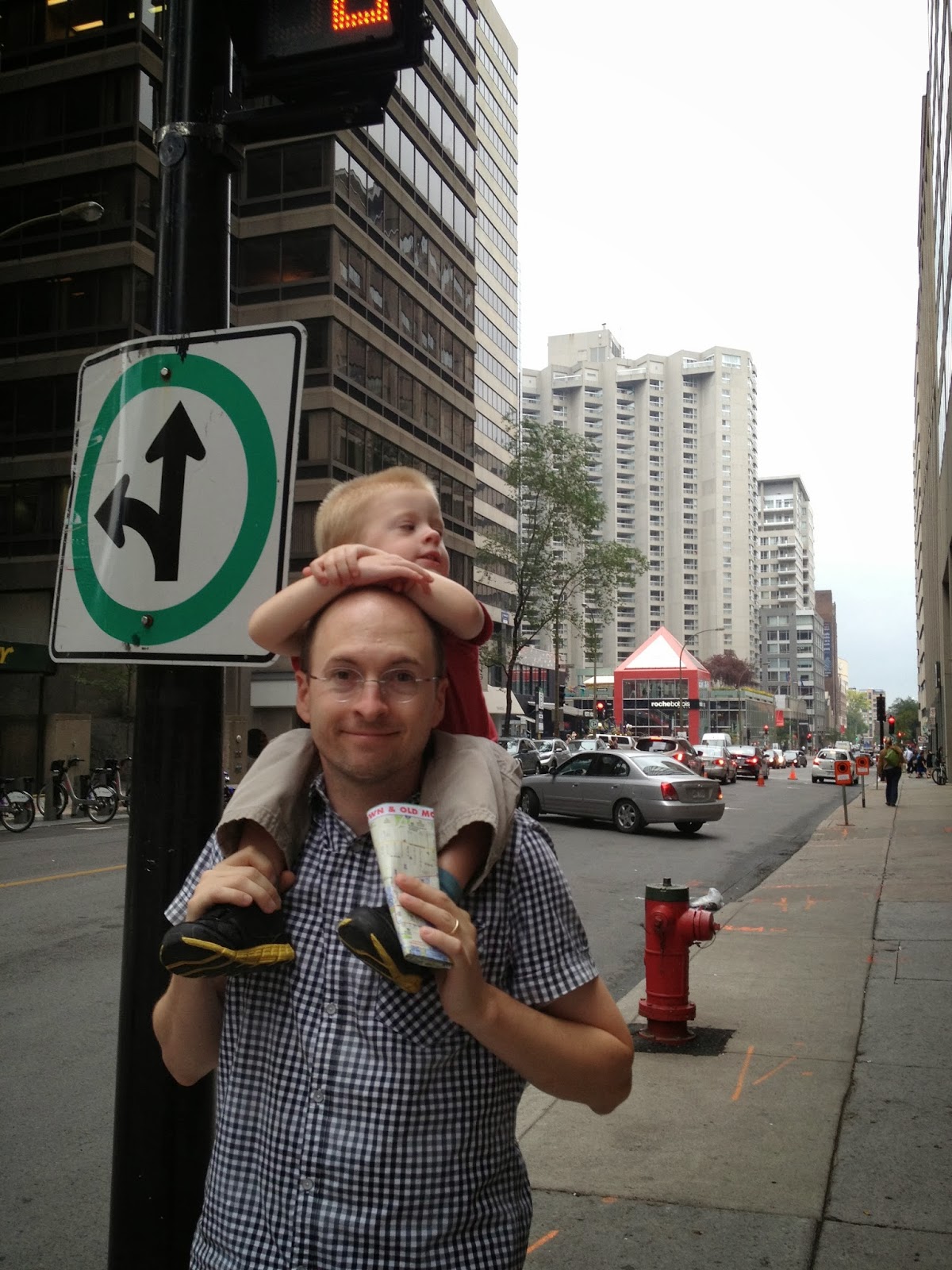 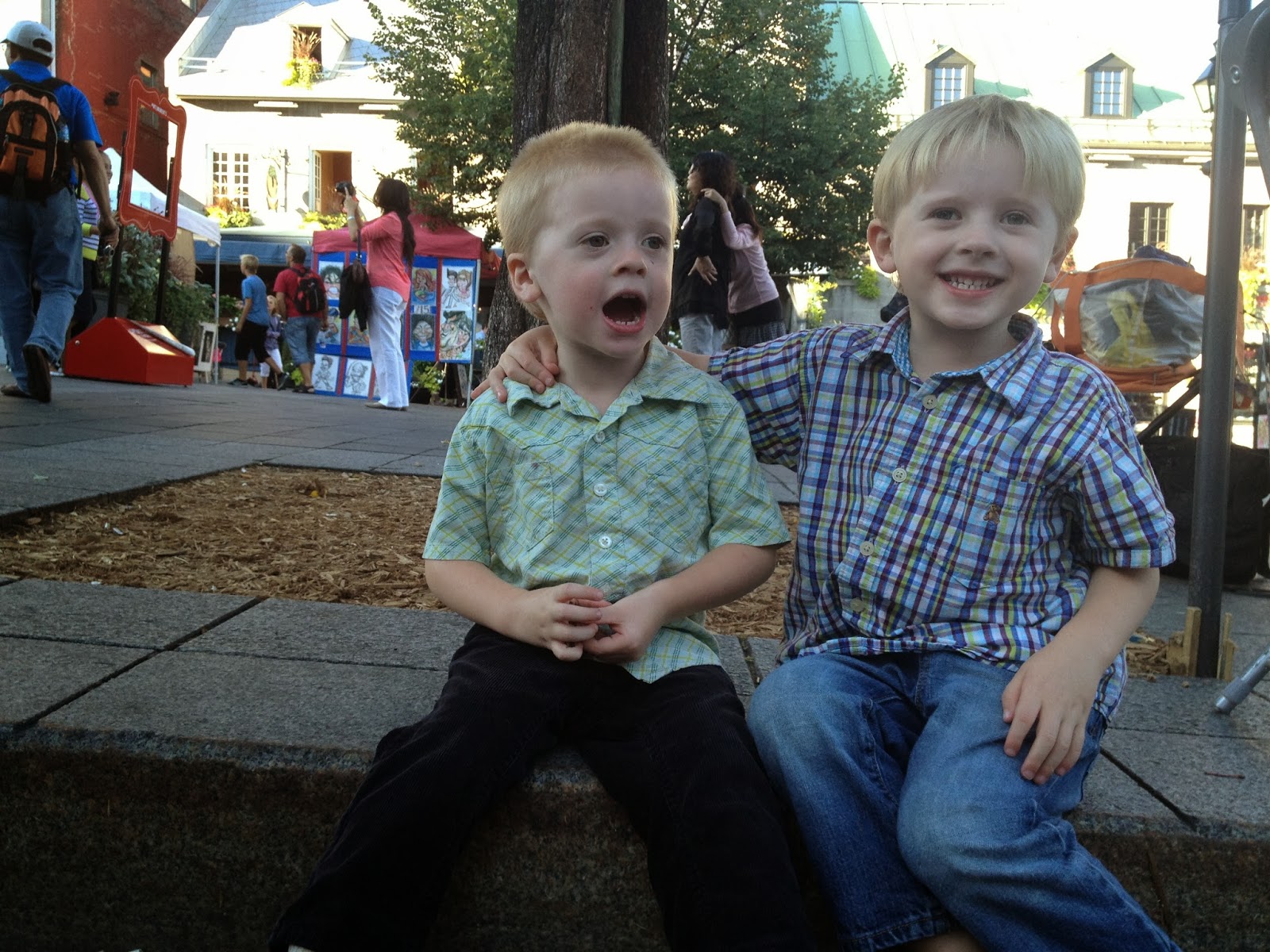 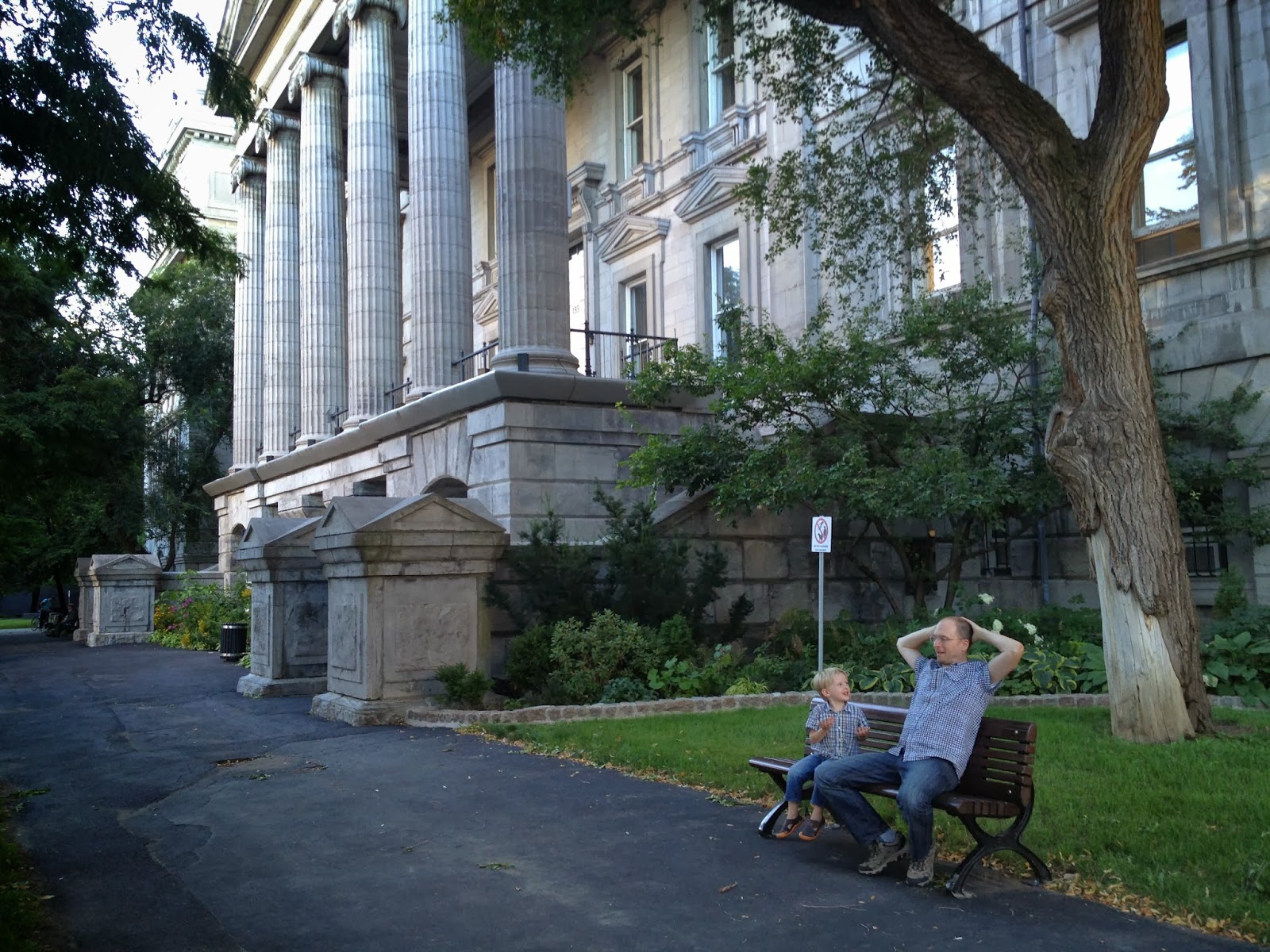 The absolute highlight of our trip, and a night I hope to never forget, was our last night in Montreal.    It was a warm night, we had enjoyed a yummy dinner out.  We were all pretty tired, walking back to our hotel room.  And we happened upon musicians playing classical music in the square in front of the Notre Dame Basilica.  We danced for probably an hour.  Brian swinging the kids in the air, their sounds of glee and laughter were beautiful on that gorgeous night in Montreal.  It was perfect.  Absolutely perfect. 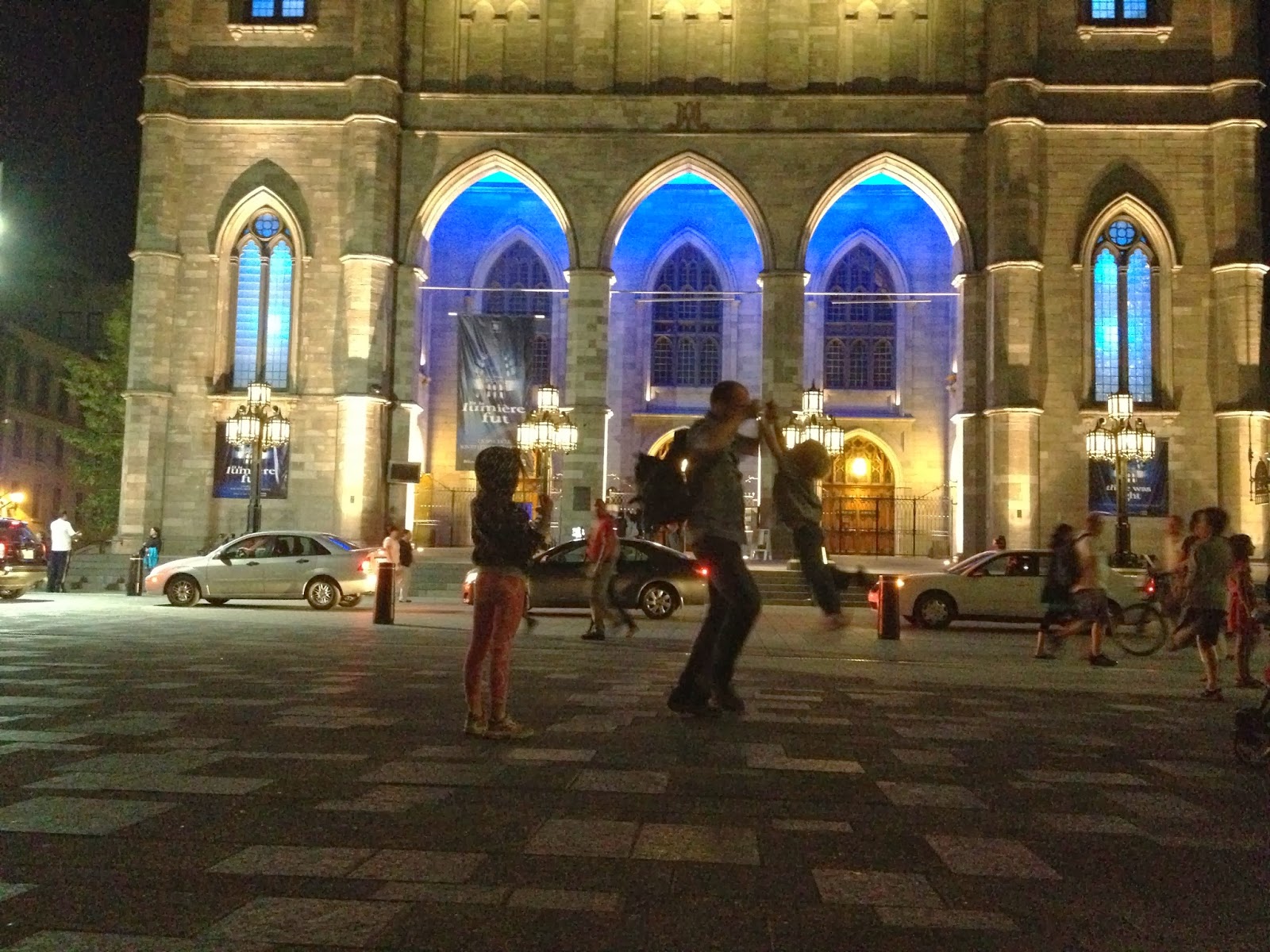