Simon's birthday was nice and mellow, just as a first birthday ought to be.  After picking up Isabella from school we ran around Central Park for a bit.  It was lovely out so I took the opportunity to take some photos of my birthday boy. 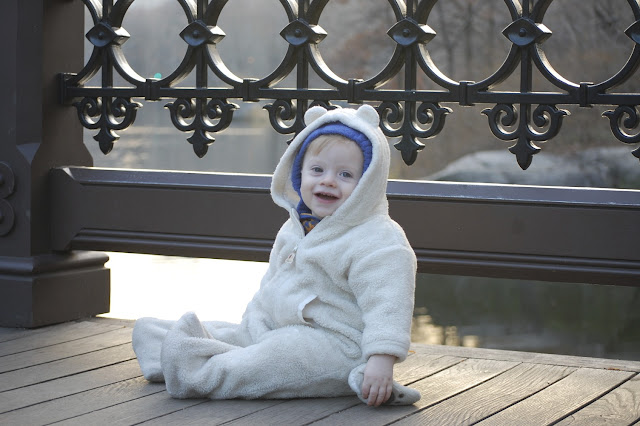 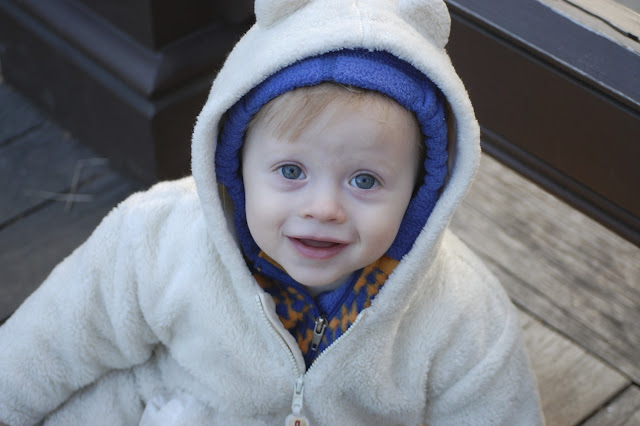 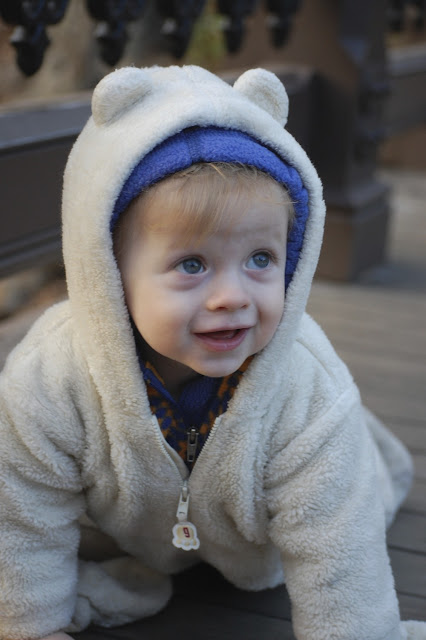 We picked up a few cupcakes from Crumbs on our way home.  I made a special feast of fried flounder, quinoa, and salad.  (My kids' favorite meal...surprisingly.)  Then I brought out the cupcakes, which became a comedy of errors.  (Brian had to work late--he was home early both nights previously to make up for it).  So it was me, three kids (that's 30 fingers!), chocolate frosting, fire, and a camera!  I had to light that candle at least 5 times.  We sang a few times to Simon, once to Oliver and once to Isabella.  It was hilarious, fun, and a bit exhausting. 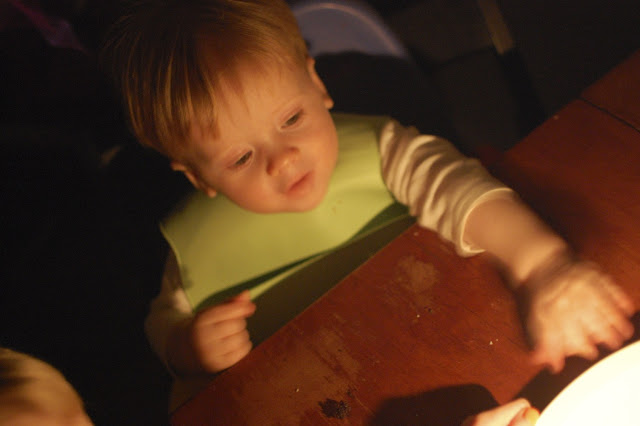 It's Christmas time in the city

city scenes found on my iphone 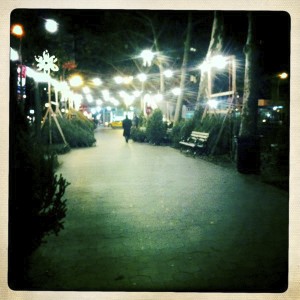 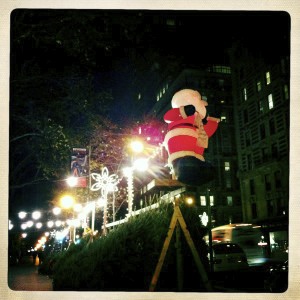 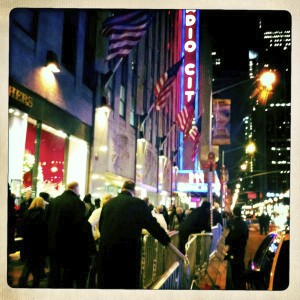 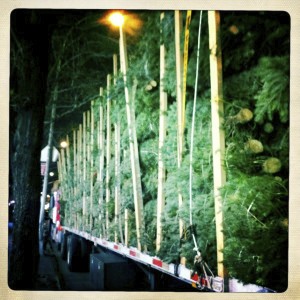