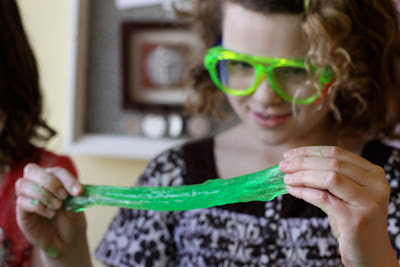 Science Explorers has been such a fun adventure these last three and a half years.  It started as a challenge, really.  Could I actually start my own small business in New York City?!  Hands on science classes were hard to come by and I knew a lot of kids/parents who were interested.  I did a lot of foot work while largely pregnant with Isabella, taught one class and learned a lot.  By the time she was 4 months old I was teaching 7 classes a week.  It required so much physical, mental and emotional stamina I burned out.

After weighing different options I reduced my work load and only offered science birthday parties.  It was so much fun!  And did not require constant care, like the classes did.  Now with two wee ones it is time to completely dump the load, let it go and maybe look at it again later.  Later, as in, when I sleep at night, as in, when I'm not completely exhausted with the energy required to adore and love my little ones.  Oh, how I love them, and look forward to dedicating all my time to them.

Some fun things that came because of all this business stuff:
~Approached by Martha Stewart's people to possibly do a segment on her show.
~Approached by Scholastic to work on a hands on science book.
~Did a party for Maude Blair, DesignMom's daughter.
~Nominated for Best Party Entertainer in New York City by Parents Connect.
~Did a party for the son of Sara Ruffin Costello (formerly of Domino magazine) and Paul Costello (amazing photographer).  I would love to see the photos he took of the event.
~Did a party for AlphaMom's son
~Went to many amazing apartments in the city.
~Met and worked with some wonderful people.

It's hard to say goodbye to something that has been so good to me.  But I know, if the time is right, I can do it all over again...maybe even better!
Posted by Kiasa at 1:56 PM