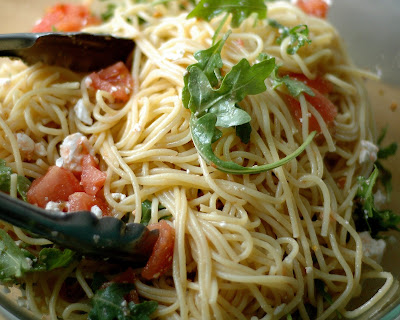 When pasta has finished cooking, drain and place in a large bowl. Add the arugula, chopped tomatoes, crumbled feta, toasted garlic, and the rest of the olive oil. Toss to incorporate.
Posted by Kiasa at 4:53 PM