Labor Day 2015: Camping in the Poconos

Brian has been practically begging me to start blogging our life and adventures again.  And, I agree, it is nice to have these snippets to look back on.  They tell the story of our family and lives more than the posts on instagram.  I'm just going to pick up where we are in life right now rather than try and catch up.

This last weekend, Labor Day Weekend we camped with friends.  The trickiest part was we hadn't planned ahead (both our family and our friends' were traveling until a week before) and all the campsites we wanted to camp at were completely booked.  We did lots of searching, reading reviews, and attempted to find something that would work for our families less than 3 hours from NYC.

We finally found Tobyhanna State Park (in the Poconos of Pennsylvania) had a few open campsites.  With a lake to swim in, trails to hike and bike, and boating we figured it was a good match for us.  We almost settled on Hickory Run State Park in the Poconos, but there were posts about a bear sighting so we thought Tobyhanna might be a better fit.

The ironic part...within a half hour after we arrived at Tobyhanna we spotted a black bear walking behind our campsite in the forest, maybe 50 feet away.  One of the rangers drove by shortly afterward and we let her know.  While we were talking to her, Robbie yelled, "There's a bear!" and pointed to the campsite right next to ours.  (We all thought he was joking.)  Quicker than lightning the ranger started running toward the bear, shot a loud airgun (which scared us all), and dashed after him yelling, attempting to scare him. We didn't see the bear again after that (fortunately), but it was quite the eventful beginning to our weekend.

The summer went by way too fast and that time to start school came way too quickly.  I'm not a huge fan of school.  I see it's benefits and I'm very grateful for the opportunity to live in an area with a really good public school.  But I am guilty of daydreaming of the day when we have a small bit of land, farmhouse, and the ability to school at home.  The older I get the more it feels like a dream.

But I still have to send my little ones off to school.  We are still adjusting to the time change (we arrived back from CA less than a week before) and earlier bedtimes--so hard to change that, especially with the time change and jet lag.

The kids were dressed and out the door in time to catch the bus on the first day of school.  I love them and miss them all the time.

This quote came to mind all day that first day of school:

Making the decision to have a child - it is momentous. It is to

decide forever to have your heart go walking around

outside your body. ~Elizabeth Stone

Email ThisBlogThis!Share to TwitterShare to FacebookShare to Pinterest
Labels: Back to School, Dreams, Isabella, Oliver, Westchester

We were able to spend the bulk of our summer at my mom's house in the foothills of Northern California.  It wasn't really planned.  But my mom's memory is having challenges and when she went through a period (about a week) of extreme memory loss (and other issues) we bit the bullet, paid a lot of money, and bought tickets to visit.  The most economical way to travel was to stay 6 weeks, so we did.  It ended up being too long for me, emotionally, but we were able to do a lot of fun stuff without completely wearing us out.

Here are a bunch of things we did during the first half of our stay:

Halloween was quite lovely this year.  Some of the fall leaves are still hanging on and the weather was pretty good, until a few houses into trick-or-treating when it started to rain.  Which was fine, since the kids really didn't need to go to more than a dozen homes to beg for free candy.

These first few photos are a walk we took the day before Halloween.  I wanted to go on a drive through the hills just north of us to enjoy some of the last of the beautiful fall colors and I dragged Brian away from work to join Simon and me.  The road we were on wove in and out, past the estates along the Bedford, NY and Greenwich, CT border.  We happened to find the Greenwich Audubon Society, which isn't very far from our home and is a gem in our own backyard.

When we set out on our drive we weren't planning on going on a hike, but when life shows you a beautiful trail on a beautiful day, you have to go exploring. 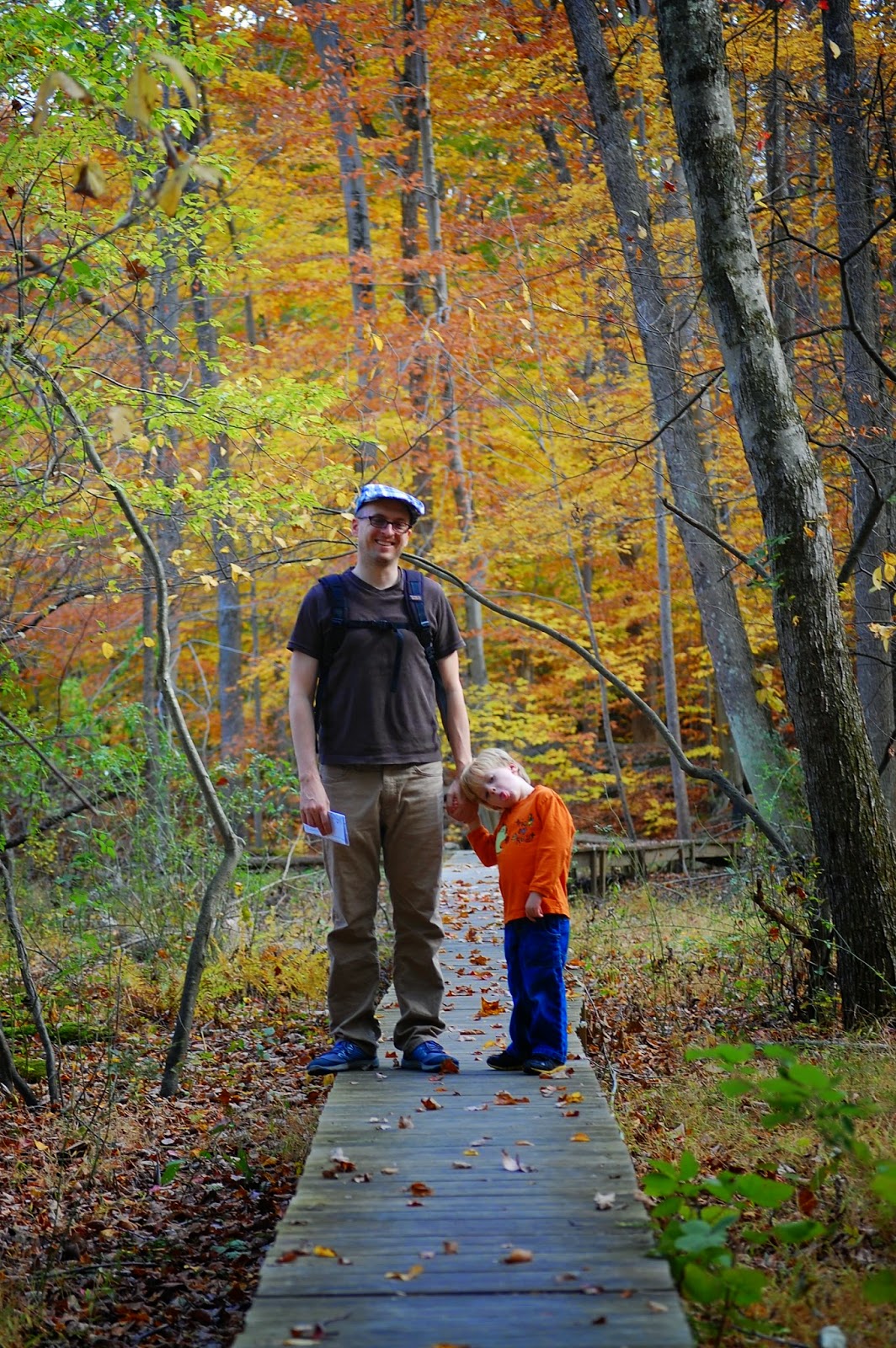 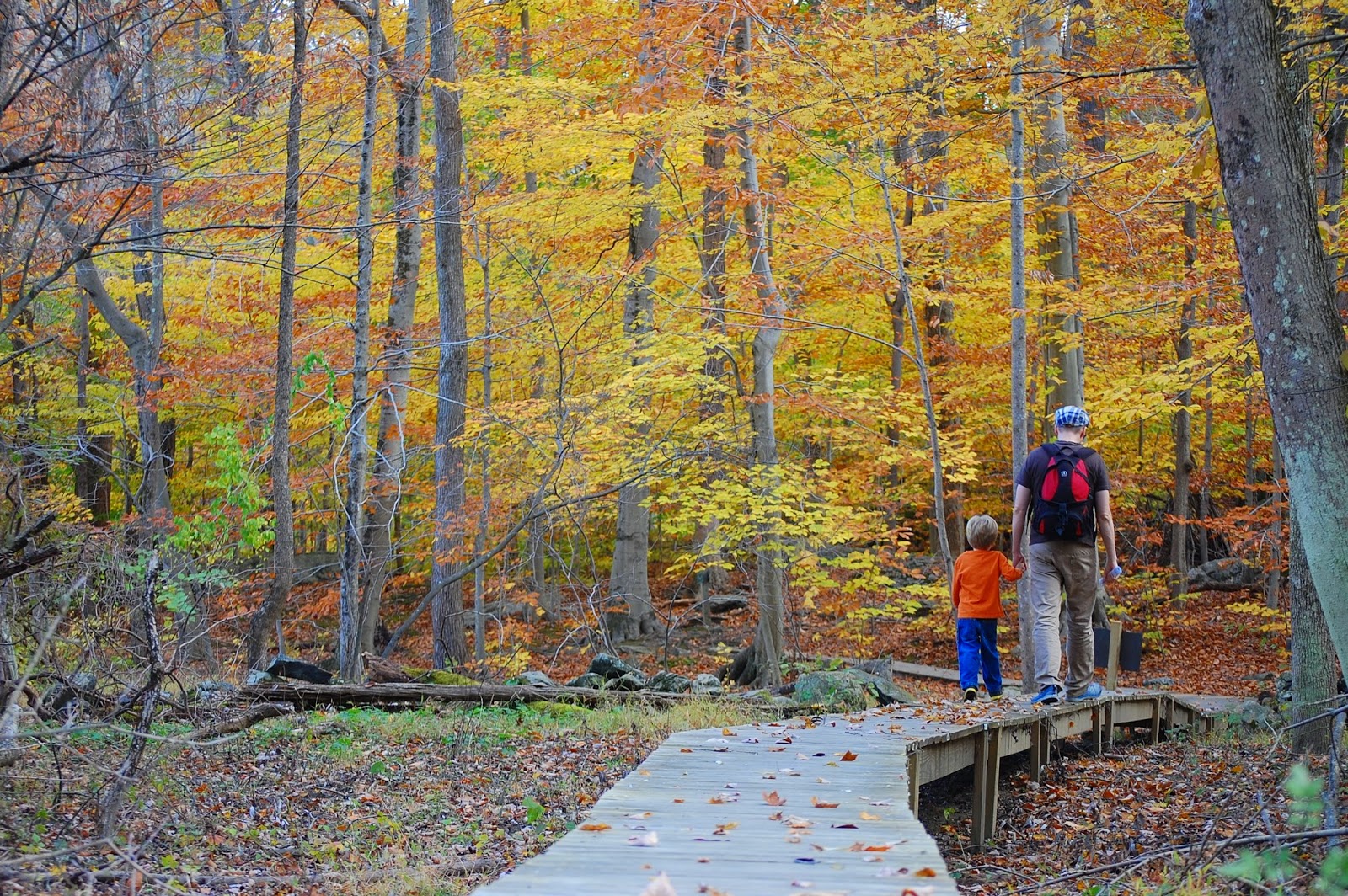 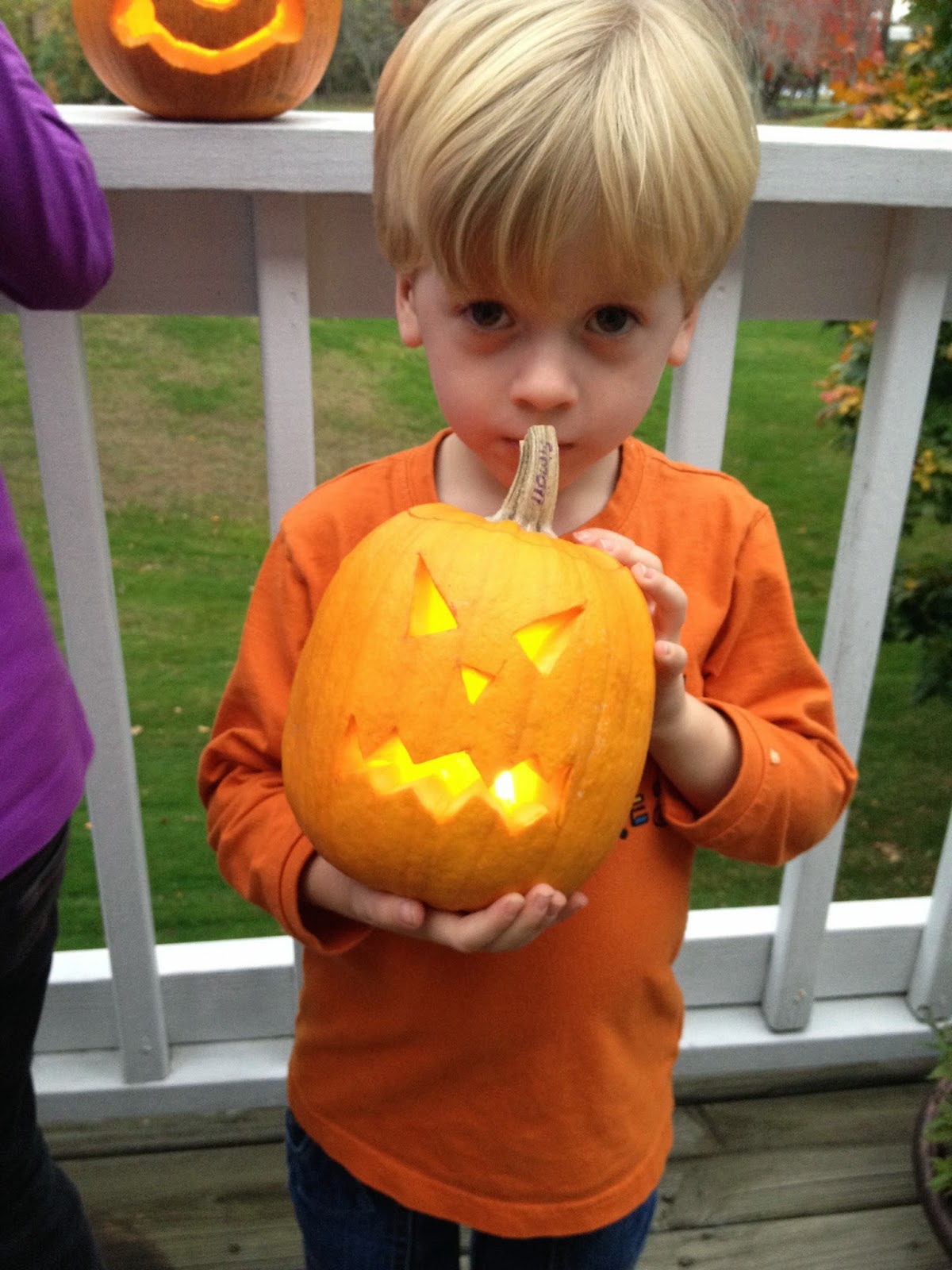 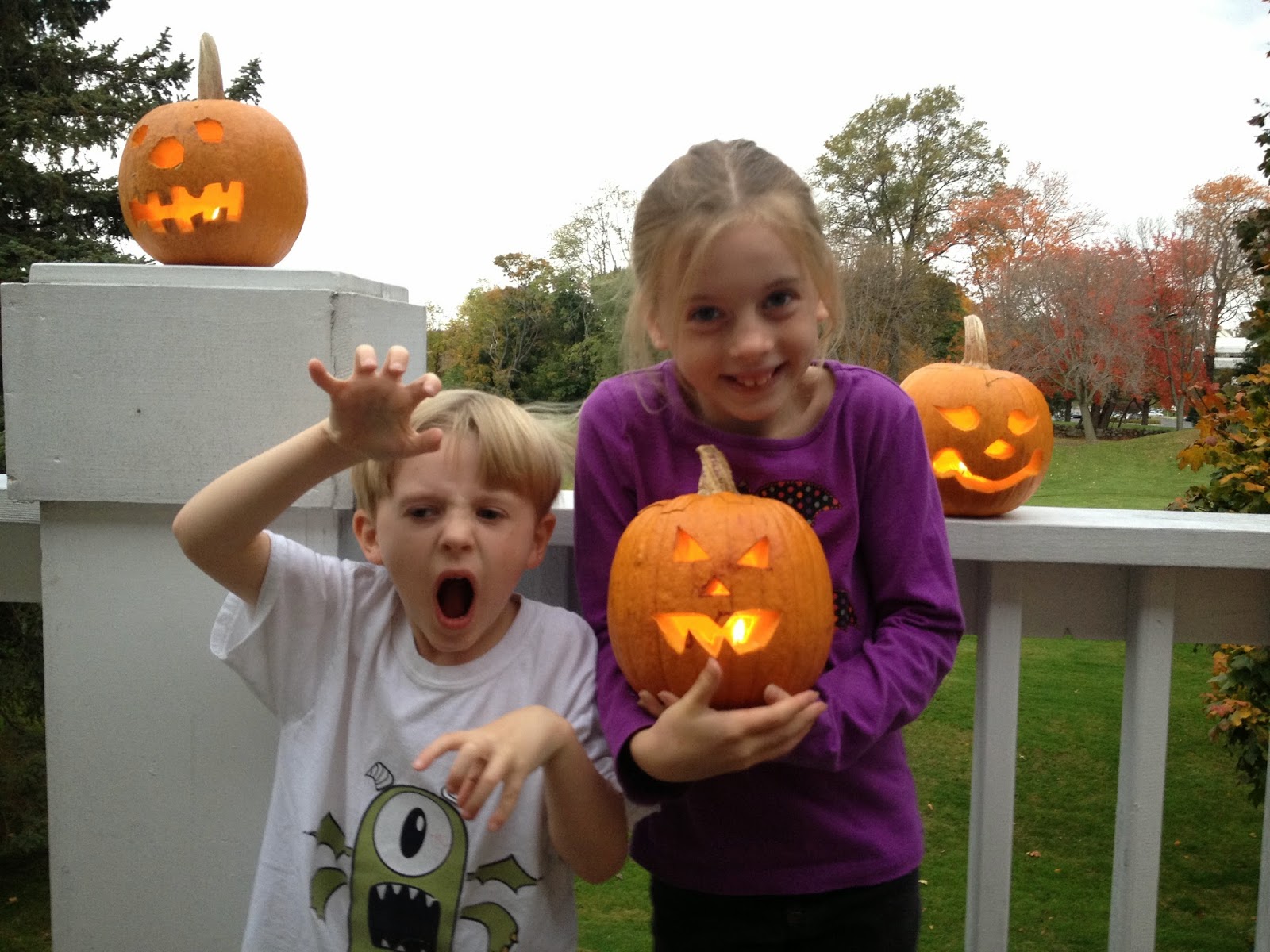 Trick-or-Treating
with about 20 cousins in Connecticut...
It was a little crazy.